Mounting evidence of crimes against migrants in Yemen 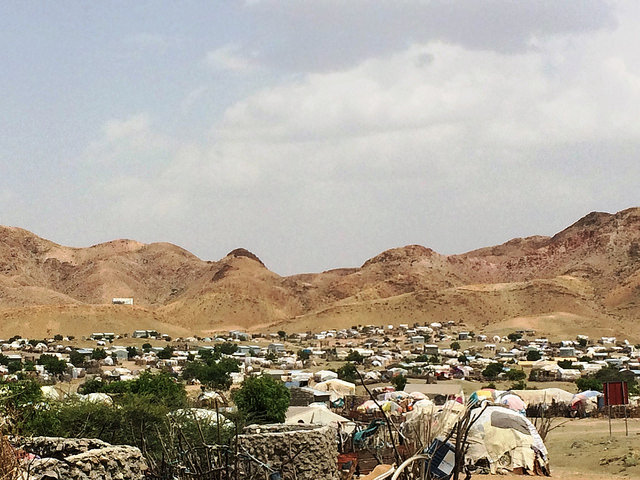 UNHCR and Human Rights Watch have reported on the situation for African migrants and asylum seekers in Yemen this week. Many migrants are arrested, detained in inhumane conditions, abused, sent out to sea in dangerous mass deportations and in some cases executed.

Most migrants come from the Horn of Africa – Somalia, Eritrea, Ethiopia – crossing from Djibouti to Yemen with the aim of reaching the Gulf States, particularly Saudi Arabia. However, many are caught and detained, particularly in the southern port city of Aden. Around 700 people are held there in a makeshift open air detention centre which is government run. The centre is overcrowded and lacks basic sanitation or medical care. Former detainees reported to Human Rights Watch that they suffered severe physical torture, extortion and rape at the hands of Yemeni authorities. The former head of the centre reported they work with smugglers in order to deport migrants. People are forced by smugglers onto boats off the Yemeni coast, in January of this year reportedly over 50 Somalis drowned during one of these procedures.

Meanwhile, refugees fleeing the war in Yemen are heading the other way to refugee camps in Djibouti. Yemen has historically been a country of migration, refuge and transit for people from the Horn of Africa, but over three years of conflict has caused one of the world’s worst humanitarian crises. UNHCR reports any intervention or high level advocacy on the situation is hindered by the ongoing conflict. “With prolonged conflict and insecurity threatening state institutions and weakening the rule of law, there are growing accounts of extortion, trafficking and deportation,” said UNHCR spokesman William Spindler. Bill Frelick, refugee rights director at Human Rights Watch stated, “The crisis in Yemen provides zero justification for this cruelty and brutality, and the Yemeni government should put a stop to it and hold those responsible to account.”

The newly appointed UN Special Envoy for Yemen, Martin Griffiths, addressed the Security Council on Tuesday saying he hoped to relaunch peace talks between a Saudi-led coalition and Houthi rebels. With a plan to put a framework for negotiations to the council within the next two months.