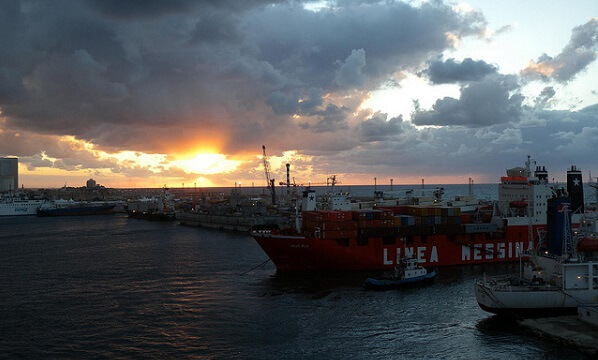 On Thursday, the rescue vessel Aita Mari, run by the Basque NGO Salvamento Maritimo Humanitario, disembarked 158 people in the port of Messina, Italy. The former fishing boat rescued the group including 51 minors in two operations at the Central Mediterranean on Sunday and on Monday.

This week, the Spanish maritime rescue service brought to shore a total of at least 272 people in distress at the Mediterranean. 119 were found in three boats in the Alborian sea; another 67 had been picked up by a merchant vessel after the boat went missing and transferred to the Spanish rescue service. They landed in the port of Malaga. Between Thursday and Friday, another 86 were rescued off the Canary islands and brought to a port of the island Cran Canaria. Last weekend the Spanish Rescue Service also picked up more than 100 people at the Western Mediterranean of which two died after their rescue.

18 hours after being alerted to a distress case by the NGO Alarm Phone, which runs a hotline for people in distress at the Mediterranean, the Armed Forces of Malta (AFM) rescued a group of about 60 people. They have not yet reacted to another two distress cases in their rescue zone. The unnecessary delays of rescue operations can cost lives, Alarm phone warns.

The organisation also fears that a boat with at least 91 people on board floating off the Libyan coast has gone missing. The NGO reports that Libyan authorities on Sunday refused to attempt to rescue the group because detention camps were “full” and that the Italian Maritime Rescue Coordination Centre in Rome refused to take responsibility. It remains unclear whether the group has drowned or has been returned to Libya. On Wednesday, the team of the reconnaissance plane Moonbird, operated by the NGO Sea Watch, witnessed a pull-back operation of two boats by the so-called Libyan coast guard assisted by the Frontex aircraft “Osprey”.

On Thursday, the Italian Senate voted to lift the immunity from far-right leader and former interior minister Matteo Salvini allowing the magistrates in Sicily to press charges over his decision to keep more than 100 people blocked on board a coastguard ship for six days last July.

As of February 14th Missing Migrants recorded 99 deaths of people trying to reach Europe via the Mediterranean in 2020.