Med: IRINI Ships will Not Search but Rescue – Civilian Search and Rescue Vessel Back at Sea 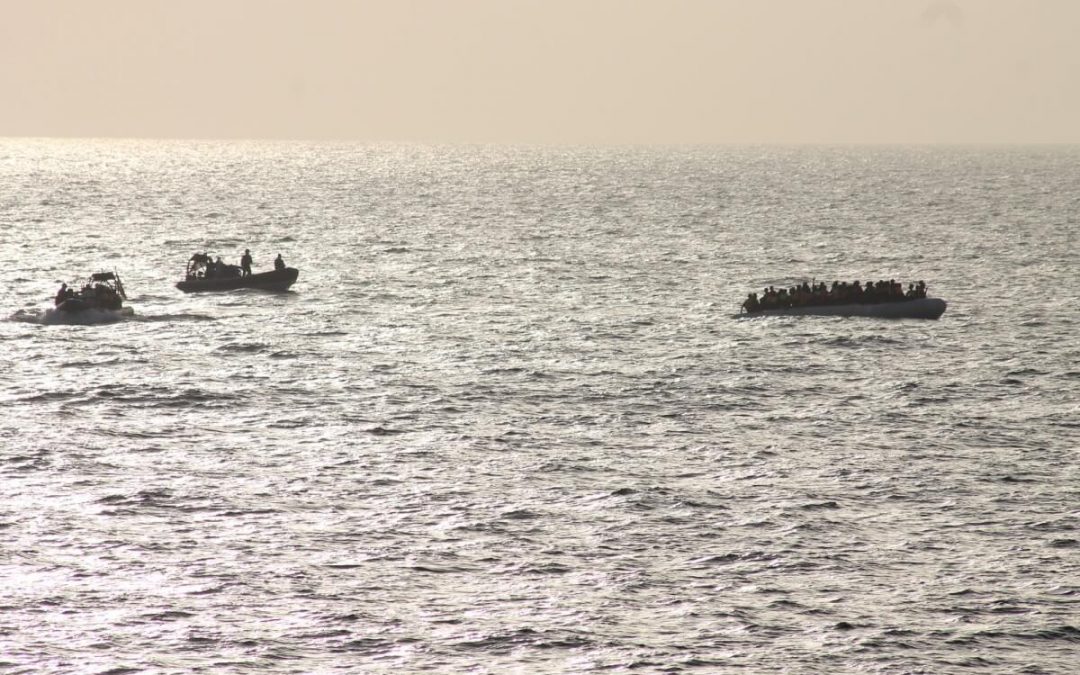 While the main mandate of the EUNAVFOR Med IRINI operation is to uphold the UN arms embargo on Libya its ships will comply with their obligations under international law and rescue people at sea. Sea-Eye,  an association for the rescue of fleeing people in the central Med, stated that its search and rescue vessel Alan Kurdi is off on its first mission in eight weeks after receiving green light to cast off from Spanish authorities on March 30.

Speaking on the mandate of the EUNAVFOR Med IRINI operation, High Representative of the EU for Foreign Affairs and Security Policy, Josep Borrell underlined that: “These ships are not patrolling the sea looking for people to be rescued…” However, Borell went on to say: “Anyone in the sea has to be rescued. That is international law” and that: “there is an agreement among the Member States that will participate in the mission how to proceed, where to disembark and how to share the burden.” The IRINI mandate includes as secondary tasks capacity building and training of the so-called Libyan Coast Guard and Navy and to contribute to the disruption of the business model of human smuggling and trafficking networks. WatchTheMed Alarm Phone commented on those elements of the new operation: “Irini’s operational area is much further east in order to avoid migrant boats. But as before it will support the so-called Libyan Coastguard in intercepting people fleeing from war.”

The question of potential rescue at sea on the Mediteranean and disembarkation caused some tension in the run up to the launch of the operation primarily established to ensure the UN arms embargo on war-torn Libya where the figting is escalating despite international calls for a truce to help contain the COVID-19 virus. Human Rights Watch warns of a Libyan health care and service system; “ battered by intermittent armed conflicts and political divisions since 2011” and incapable of coping with a severe outbreak of the virus. The organisation urges that: “migrants and asylum seekers detained solely because of their immigration status should be released,” along with other vulnerable detainees at risk in the notorious detention facilities in Libya.

The already limited civilian search and rescue capacity on the Mediterranean has been affected by the COVID-19 virus with no ships currently operating. However, German rescue ship ALAN KURDI operated by Sea-Eye has returned to the Mediteranean after eight weeks docked in Spain with repairs delayed by the virus.. The ship has reached international waters and the organisation expects it to reach the Libyan search and rescue zone over the weekend. Captain of ALAN KURDI, Bärbel Beuse stated: “Despite all the difficulties, my crew showed up, trained and is ready for action. How could we stay in port now when not a single rescue vessel is currently present? As human beings, it is our duty to do everything reasonable to save other people’s lives”. Further, the Sea-Watch 4, a rescue ship supported by 400 organisations under the United4Rescue initiative led by the Protestant Church in Germany is undergoing final preparation to conduct missions. The ship will be operated by the German NGO Sea-Watch.

WatchTheMed Alarm Phone has reported on March 31 of at least seven boat arrivals on the Canary Islands, carrying around 200 people, and the confirmed rescue of a boat in distress carrying 35 people. 237 people are reported dead on the Mediteranean in 2020 as of April 1. Italy, Greece, Spain, Cyprus and Malta have seen 15.858 arrivals in 2020 as of March 31.