Med: Investigations Reveal Frontex’ Complicity in Interceptions and Returns to Horrors in Libya 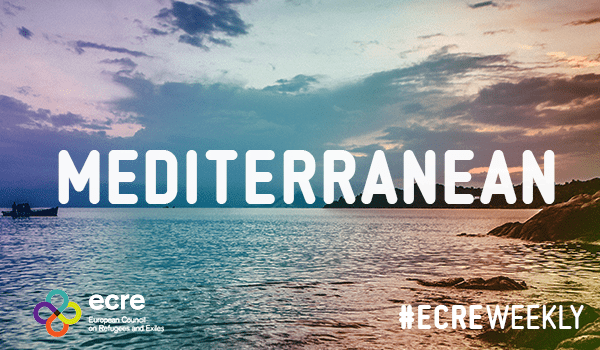 New investigations reveal the crucial role Frontex plays in the interception and return of people fleeing Libya by the so-called Libyan coastguard. 6,000 people who attempted to flee Libya have already been intercepted and returned since the beginning of the year. Meanwhile, civil search and rescue ships have rescued 280 people in distress on 27 and 29 April.

A joint investigation by Lighthouse-Report, Der Spiegel, Libération, and ARD has revealed the extent of the cooperation between Frontex, the European Border and Coast Guard Agency, and the so-called Libyan coast guard. Drawing on a variety of data, including available sources from flight and vessel trackers, data from international and non-governmental organisations, eyewitness accounts and testimonies from survivors, the reporting parties conclude that Frontex plays a crucial role in the interceptions and return of people fleeing Libya by the so-called Libyan coastguard. This includes a number of identified cases were Frontex planes were present in the vicinity, and likely aware, of boats in distress that were later incepted by Libyan patrol boats, despite data showing that commercial or NGO vessels were present in the area and could have conducted a faster rescue. This also included interceptions deep in the Maltese SAR zone. There is a clear pattern, the reporting parties stress: distress cases are spotted and communicated to the so-called Libyan coast guard while no notice is given to actors nearby. The analysed data reveals that Frontex was present and watching while at least 91 people went missing and are presumed to have drowned.

In March, Frontex head Fabrice Leggeri told the European Parliament “Frontex has never directly cooperated with the Libyan coast guard.” Yet, Frontex, currently under intense scrutiny, informs Libyan authorities, including the Joint Rescue Coordination Center (JRCC) which is financed by the EU. Members of the so-called Libyan coast guard suggest that “The JRCC and the coast guard are one and the same, there is no difference,” and that the control center consist of only a small room with two computers – too ill-equipped to monitor the SAR zone without the EU’s aerial surveillance. Testimonies by different members of the so-called Libyan coast guard reveal that Frontex staff is even sending the coordinates of boats in distress – and in one reported case a photo taken by a Frontex plane – directly to coast guard officers via WhatsApp. The agency has developed into a “game changer” as regards interceptions by Libyan forces, Matteo de Bellis, researcher at Amnesty International states.

Since the beginning of the year, the so-called Libyan coast guard intercepted more than 6,000 people who attempted to flee the country and returned them to Libyan shores. On 28 April, the Ocean Viking crew and survivors on board watched the interception of two boats by the so-called Libyan coast guard. After saving 236 people, including 114 unaccompanied children, from two overcrowded rubber boats in distress the day before, the Ocean Viking crew were alerted by the NGO hotline Alarm Phone to another two boats in distress with about 135 people. But when the NGO rescuers approached the distress case, a Libyan patrol boat was already present and requested the NGO to change course. SOS MEDITERRANEE, the NGO operating the Ocean Viking vessel, reported that survivors witnessing the interception started feeling anxious and worried for the people who were being intercepted, recalling their own failed attempts to flee from Libya. Soon after, the second boat was intercepted as well. On 29 April, the Sea-Watch 4 crew rescued 44 people, after less than 24 hours back in the search and rescue zone. It is the first time that the Sea-Watch 4, operated by Sea-Watch International, is back on a mission since September last year when Italian port authorities blocked the vessel on flimsy grounds in Palermo, Sicily after a 11-hour inspection and finding ‘too many’ life vest on board.