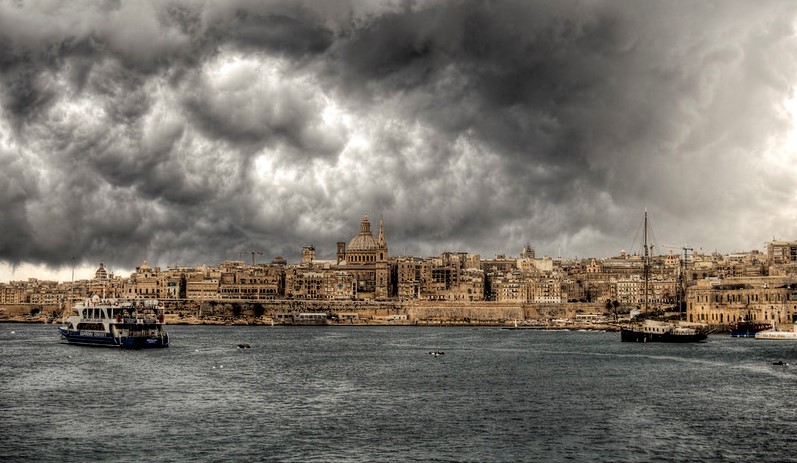 As hundreds of people fleeing Libya are intercepted and returned to detention and conflict  Malta has signed a memorandum with Libya’s Government of National Accord to intensify cooperation and has come under heavy criticism for detaining now 450 rescued people in tourist vessels off the Maltese shore.

During a visit to Libya on Thursday, Maltese Prime Minister Robert Abela and the head of Libya’s Government of National Accord, Fayez al-Sarraj signed a memorandum of understanding agreeing to set up a coordination unit in each country to “assist in operations against illegal migration”. The agreement also stipulates that Malta supports Libya when it comes to financial assistance through the EU’s upcoming Multiannual Financial Framework.

Today, Alarm Phone reports that over the last two days they received distress calls from some 260 people on four boats in the Central Mediterranean, of which 75 people were rescued to Malta and 187 people reached Lampedusa. Over 200 were intercepted and returned to Libya on Thursday alone.

IOM confirmed that a German commercial ship under a Portuguese flag returned 98 people to Misrata, Libya. Upon the request of Maltese authorities, the vessel MS Anne reportedly rescued the group on Sunday night and returned them into the hands of the Libyan navy on Wednesday.

In the beginning of the week, the UN refugee agency in Libya said two of 315 people intercepted and returned to Tripoli early on Monday died while according to IOM over 400 refugees and asylum seekers were taken to the al-Nasser detention facility in the town of Zawya, west of Tripoli.

One person has been found dead and six people remain missing after a boat from Tunisia carrying migrants bound for Italy capsized on Saturday off the coast of Thyna near the port of Sfax.

After the killing of 30 migrants in a shooting in a warehouse on Wednesday and recent and numerous incidents involving boats in distress in the Mediterranean Sea, IOM stresses the

urgency to “establish an alternative safe disembarkation scheme whereby those fleeing conflict and violence are provided with a port of safety, and their needs and protection guaranteed”.

The Maltese government chartered a fourth tourist boat to host, outside of their territorial waters, people rescued at sea after the Armed Forced of Malta (AFM) rescued another 75 people in distress on Wednesday night. The AFM reports that 18 women and nine children from a group of 90 rescued on Tuesday, after being alerted by the NGO Alarm Phone, were brought to Malta for humanitarian reasons. The latest rescue ups the number of people held on the vessels to 425,

An open Letter to Maltese Prime Minister Abela authored by Amnesty International states: “Nothing can justify holding people for days without legal basis and in inadequate conditions. Ferry boats are not suited for long stays nor can they cater for the needs of people rescued at sea. The need to avoid the spreading of Covid-19 is no excuse to impose unnecessary, inhumane and discriminatory measures against traumatized people, such as denying their disembarkation. Lack of solidarity by other EU Member States cannot justify their arbitrary detention either.”

Over the past two weeks, IOM Libya reports that a total of at least 697 people were intercepted at sea and returned to the conflict-torn country.