Editorial: Matter of Pact: Speculating on the Fate of the Pact 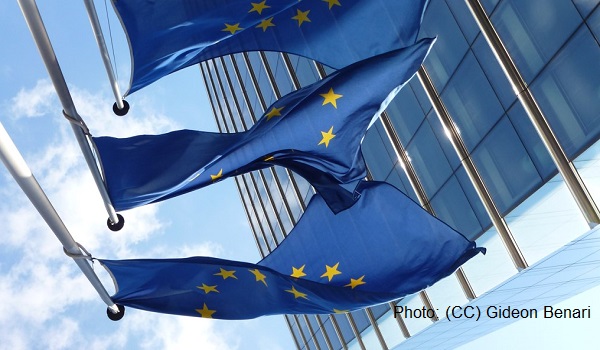 After a short initial flurry of media coverage and debate, the EU’s New Pact on Migration and Asylum has disappeared from view, with public and political attention focused on COVID, recovery, Brexit, government changes and so on. Most independent commentators, including ECRE, were highly critical about the Pact when it was launched, notwithstanding some improvement compared to 2016 and some positive components. But to suggest that it has sunk without a trace would be wishful thinking – below the surface things are moving, and perhaps faster than might have been expected.

There are indications of this forward motion on both sides of the co-legislative process. For the European Parliament, a timeline in place, with a regulatory impact assessment underway. While the political groups might hold back on definitive positioning until the assessment is available, they are being guided through the details by the Commission. And from the beginning, most of the political groups decided to try to make the Pact work, persuaded by the argument that there needs to be an EU approach and – although ECRE’s emphasis on compliance rather than reform has gained some traction in Parliament and there are sterling efforts on oversight, particularly of Frontex – there will always be a tendency to produce more legislation; it is the purpose of a legislative body after all. On implementation, Parliament’s role is limited, amorphous and less visible to constituents.

The approach of engagement comes despite frustration caused by the 2016 package timing out. In that round, Parliament quickly reached positions, working collectively despite political differences, and its positions generally defended the right to asylum and the human rights of people on the move. By 2018, preliminary agreements were even reached with the Council on a number of files, only for the latter to renege in show of considerable bad faith. As predicted (and indeed intended by some) it is difficult for this Parliament to preserve the work of the previous Parliament, so much of that progress has been lost.

Parliament thus re-starts its work on the files, while the Member States are also engaging despite superficial appearances to the contrary. On the Council side, it is important to distinguish between the two levels of response: the political, public and performative level and the technical level. The immediate political response was lightly hostile from some Member States and political posturing and obstruction have followed. Despite ever-decreasing ambitions, the German Presidency was unable to make even the scaled-down progress that it had hoped for, due to Member States’ resistance. There was a no-doubt frustrating but tactically understandable insistence from Italy and Spain on maintaining the package approach (nothing is agreed until everything is agreed) and thus not allowing the EUAA proposal to move. The underlying conflicts, crudely defined as North vs South and East/Central vs West, have not magically disappeared.

Nonetheless, the Commission was probably not displeased with the response – as it pointed out, none of the Member States rejected the Pact outright. More importantly there are, in parallel, technical discussions in the Member States and even between and among the Member States, which are more advanced than at the equivalent stage after the 2016 package was launched. It is easier for Member States than for Parliament to carry over their positions from 2016, especially as there was extensive consultation with them during the drafting of the Pact.

Add to this the much-heralded (by the Commission at least) positive response from international organisations and the changing political dynamics. For example, the Southern bloc is less solid than before, and the “Southern Seven” is no longer seven. While strong opposition was expressed in a November letter signed by four Member States, Malta, Italy, Spain and Greece, even assuming that Portugal supported but remained neutral due to its pending EU presidency, that is still five rather than seven. ECRE has long argued that certain Member States could be persuaded to accept a model based on border containment (and thus nominally not in their interests) with the right incentives, including Bulgaria, Croatia and Romania (inter alia Schengen membership as a carrot). In Slovenia, the change of government means an embrace of any restrictive proposals. Eventual persuasion of Greece, given the change of government there in 2019, is not impossible. It is probably far-fetched to envisage that the inauguration of a new government in Italy will soften its position, however gaining the support of Italy and Spain for proposals that do not change the basic Dublin rules and introduce additional responsibilities, would always have required deals that go beyond the arena of asylum and migration – and such backroom deals are not unimaginable.

If Member States reach agreement on the key questions of allocation, responsibility sharing and border rules (APR and now Screening, Dublin IV/RAMM) which they didn’t manage last time, then there are more prospects (or risks, depending on your point of view) of an agreement between Council and Parliament. The EPP has quite significantly hardened its position and will drag the Parliament’s position to the right and thus if agreements are reached across the EP political groups then they will be less concerned about rights, including the fundamental right to asylum, than in 2016-2018. Bad news for protection, but that would bring Parliament closer to the Member States.

Despite a resurfacing of the “package” approach in the autumn, it is unlikely to hold on the Parliament side and may breakdown on the Member State side, so some proposals could run separately. Again, alarm bells should ring because the main point of agreement so far is on increasing responsibility of countries outside Europe and on codifying intrusion into external policies as set out in the “comprehensive approach”.

Of course, all of this doesn’t mean that agreement is imminent on anything. It does mean, however, that rather than going nowhere fast, the Pact is in fact going somewhere, albeit slowly.

For those promoting protection in Europe, there is never complacency in the face of legislative proposals but the situation suggests stepping up in three areas: first, a redoubling of efforts to influence the proposals by simultaneously working on political and legal-technical levels: while the politics behind the Pact and the strategy it reflects should never be forgotten, there is an immediate need for detailed analysis of the legislative proposals. To this end, ECRE will publish its detailed legal Comments on the RAMM and Crisis Regulation next week (to accompany its Comments on the APR and Screening Regulation published in December).

Second, monitoring current practice cannot be forgotten. As many of ECRE members and UNHCR recently highlighted, flagrant violations continue. In addition, experimental practices – attempts to pre-empt the Pact by trying out measures before they have been codified must also be monitored. Greece, in particular, continues to be a site of EU anti-asylum experimentation. The AIDA database, managed by ECRE, will publish its country updates assessing what is actually happening in asylum systems during March and April.

Relatedly, studying the legislative proposals and in particular the RAMM feels like being stuck in sinking mud of complex legal constructions, however it is important to simultaneously follow the operational, non-legislative “solutions” that are moving covertly. After all, in recent years the EU Turkey Deal, a non-legislative – indeed non-legal – initiative was more significant than any change to the EU’s legal order. Here, the partnerships with third countries, the programming of development assistance, the blueprint on crisis management, and the actions of the EU Agencies are all of interest. Areas where legislation has passed, such as on data gathering, is also important. ECRE’s Working Paper on Eurodac covers some of the challenges in regard to the latter.

Finally, the need for alternative proposals is not entirely over. ECRE along with many other organisations put forward an alternative vision of the Pact, with admittedly little impact on the end result. But even within the parameters of the Pact, there is scope for some alternatives to be developed, involving extracting, expanding and building on the positive elements, for example, elaborating proposals for solidarity mechanisms that do not centre return sponsorship; the perennial question of deeper reform of responsibility sharing rules; and an alternative crisis prevention mechanism. ECRE is also strengthening its efforts in these areas.

An agreement on the Pact proposals may remain far off and in its current form would lead to a legal framework that is likely to be unimplementable as well as unimplemented, but still it creeps forward. Thus, efforts to follow and shape it must be stepped up, including both amendments to mitigate damage and positive alternatives to be built in.