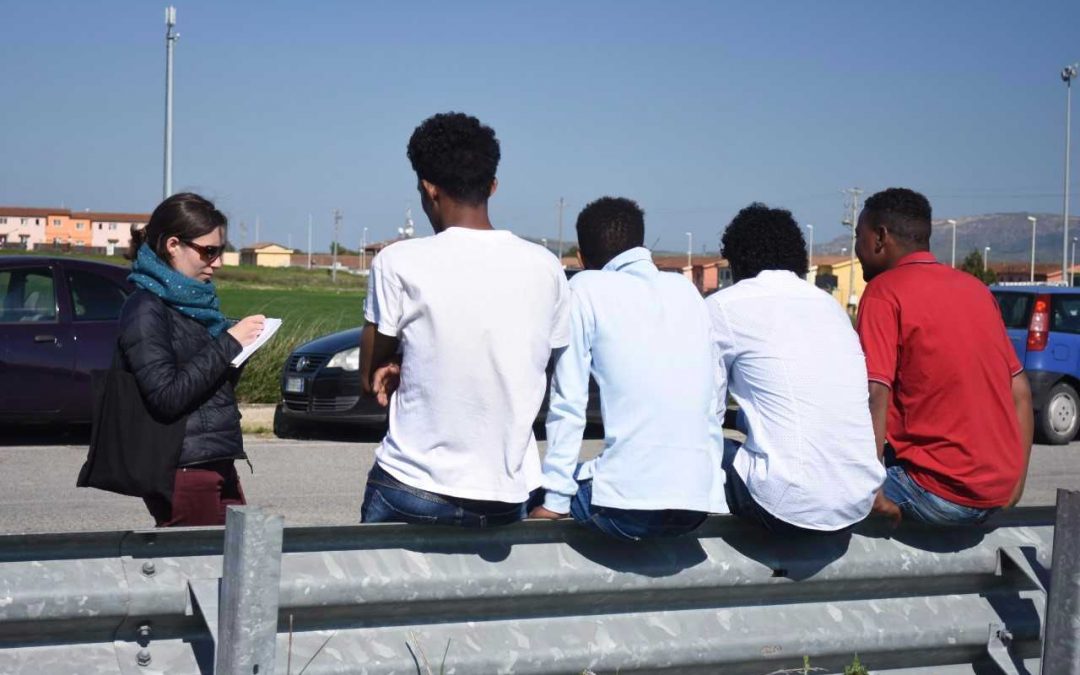 You recently published a report on Libya based on visits and interviews and entitled ‘Hell on Earth.’ Could you outline the main threats to migrants in the country and in particular people in need of protection?

Refugees and migrants I met in Italy told me horror stories about their time in Libya. Those who were held in detention centers said they were hardly fed and that men would take migrant women out of the detention center and sexually abuse them. Conditions in warehouses run by people smugglers are awful too. I met an Eritrean refugee who said food was so scarce that when he arrived in Italy, he was unable to walk. It is so bad that another Eritrean refugee told me he would have preferred to die in the Mediterranean Sea rather than staying in Libya. For people in need of international protection, they are stuck: they can’t go home, there are no solutions for them in Libya, and the EU is not providing any safe and legal ways for them to reach protection in Europe.

The EU has agreed to train and equip the Libyan coast guard. Your report refers to IOM statistics estimating that 4000 migrants so far have been returned to Libya after being rescued by them. What is known about the situation of these people?

For people who are intercepted by the Libyan coast guard and taken back to Libyan soil, what awaits them is detention in migrant detention centres where conditions are inhumane. We know that malnutrition, beatings, rape, and even shootings take place in these centres.

What are the general gaps in terms of monitoring human rights standards in Libya and how could monitoring be improved in your view?

The EU is stepping up funding and political efforts to improve reception facilities and conditions for migrants in Libya, to counter smuggling and to increase voluntary return out of Libya. What is your assessment of the potential impact of these measures?

For people who are held in detention centers, the solution is not to make conditions less terrible but to change the fact that these are closed facilities, where people are detained arbitrarily and based only on their migration status. There is a real risk that actions by the EU and EU member states to improve these conditions will legitimize their existence. The EU is putting a lot of money into Libya – EUR 136 in migration related programs – so they should be pushing the Libyan authorities on key issues like ending the criminalization of irregular entry and stay in Libya and argue for access for humanitarian organizations. And while the EU is prioritizing and promoting migrants’ return from Libya to their country of origin, there are no real solutions for people in need of international protection. If they’re serious about fighting people smuggling, European leaders should provide pathways to protection out of Libya like resettlement and family reunification in Europe, so that people have an alternative to risking their lives at the hands of ruthless smugglers.

What are the main challenges and recommendations based on the findings in the report?

To end the severe human rights abuses against refugees and migrants in Libya, the presence of independent human rights monitors who would observe the way they are treated and publicly report on what they see would be an important first step. We understand the considerable security challenges in Libya, but having such observers – we recommend their deployment by the Office of the High Commissioner for Human Rights, OHCHR – at points of disembarkation and detention facilities run by the GNA would be a good place to start. We’re also calling on the UN Secretary General’s Special Representative on Sexual Violence in Conflict to conduct an investigation into sexual abuse in GNA-run detention centers. We know such abuse is happening and on a very large scale, and the findings of an independent investigation are key to addressing it. It is clear that the situation in Libya – not just for refugees and migrants, for the Libyan population too – cannot be solved overnight. But these are things the EU and the UN can do, and they should start now.