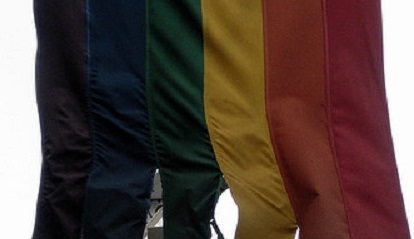 20 refugees who arrived to Kenya on February 22, the day of an expected land-mark ruling on decriminalising homosexual conduct by the High Court, have been detained and are suffering severe abuse.

The ruling by the High Court was postponed last minute and the group of refugees who had arrived to escape repression and abuse in other African countries were instead arrested on charges of “creating a public nuisance, trespassing, and defecating in public,” near United Nations High Commissioner for Refugees (UNHCR) headquarters in Nairobi.

Six detainees in the men-only prison identify as trans women. The Washington Post was allowed interviews with five of the detainees who revealed that they were facing sexual abuse and violence from prison guards and other inmates. According to UNHCR spokeswoman Yvonne Ndege, the agency is looking into the allegations and plans to visit the detainees.

Following attacks on LGBT refugees in December 2018 in the Kakuma camp injuring 20 people UNHCR relocated victims to safe-houses in Nairobi. According to a UNHCR spokeswoman quoted at the time: “the Kakuma context does not provide a safe environment for LGBTI refugees and asylum-seekers.”

The annual report on State Sponsored Homophobia from the International Lesbian, Gay, Bisexual, Trans and Intersex Association (ILGA) states on the situation in East Africa: “continued criminalization of private consensual sexual acts between adults of the same sex, as well as the outlawing of diverse gender expressions are indicators of States’ interest to entrench discrimination and violence based on real or perceived sexual orientation and gender identity/expression.”