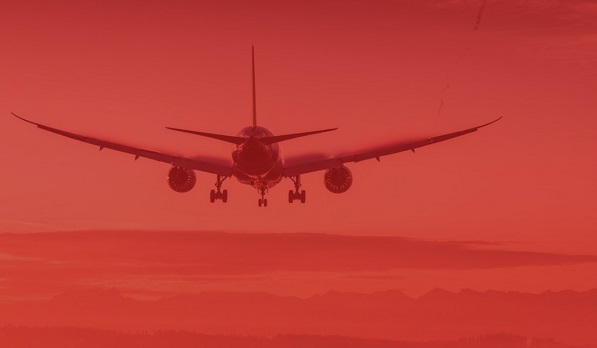 The European Union (EU) is currently negotiating the prolongation of the Joint Way Forward (JWF) on migration issues with the government of Afghanistan. The JWF, which is set to expire on 6 October 2020, was signed on the side-lines of the Brussels donor conference in 2016; as is often the case with informal agreements, it was concluded without the involvement of the European Parliament and with no transparent reporting mechanism envisaged for its implementation. The agreement aims to facilitate the deportation to Afghanistan of Afghans who came to Europe to seek protection. It is believed that the EU used the leverage of its development aid to pressure the Afghan government to sign this informal deal.

We are concerned that the EU’s disproportionate focus on returning and deporting Afghans from Europe will continue to shape the negotiations. Cooperation with Afghanistan on returns and broader migration management should not undermine the EU’s overall approach to Afghanistan which should go beyond a predominant focus on returns to acknowledge the complex dynamics of migration from Afghanistan and within the region, and should primarily address the underlying drivers of instability and violent conflict in Afghanistan.

The EU’s disproportionate focus on returns and deportations to Afghanistan is counter-productive and inhumane for the following reasons:

(1) The current security situation in Afghanistan is grave: the Global Peace Index ranked it the least peaceful country in the world for the second year in a row. Afghanistan is struggling with acute challenges ranging from persisting insecurity, the growing power of the Taleban, targeted killings, and a large number of Internally Displaced People (IDPs) to the high number of returns from neighbouring countries. In addition, the impact of the COVID-19 pandemic on health and economic matters has been devastating. The UN mission for Afghanistan (UNAMA) in its mid-year report documented 3,458 civilian casualties, killed or seriously wounded, from January to June 2020. The UN office on Humanitarian Affairs (OCHA) in its annual 2020 overview before the outbreak of the pandemic estimated that almost a quarter of the country’s population (9.4 million of 38 million) are in need of humanitarian assistance. According to the Long War Journal, 66% of districts are contested or are under Taleban control, compared to June 2016 when 21% of districts were contested or under Taleban control.

(2) Afghan refugees in neighbouring countries live in a protracted situation of displacement without certainty or integration prospects. There are around four million Afghan refugees in Iran and Pakistan, the majority of them live in a dire situation. According to the IOM, as of September 2020 since January 2020 there had been 388,103 returns from Iran and Pakistan alone, including deportations. This has had a significant impact on the situation in Afghanistan. In Turkey, Afghans were the second largest group seeking asylum in 2019. There, they face challenges including the fear of deportation, limited access to protection including delays in registration and difficulties obtaining access to official documents, and limited or no access to health-care, education and accommodation.

(3) Afghans, the second largest group by nationality of people seeking asylum in Europe in 2019, are subject to very different treatment across Europe, with the likelihood of protection needs being recognised varying drastically from country to country. For example, the protection rate ranges from 93.8% in Italy to 4.1% in Bulgaria with no credible explanation related to the nature of the individual cases concerned. The continuing extreme divergence of protection rates shows that there are flaws in European asylum systems and that it is likely that Afghans in need of protection are not treated fairly or consistently. Afghans constitute almost 50% of the population of the refugee camps on the Aegean islands in Greece, where over 27,000 people are left to live in deeply inadequate conditions. Many other Afghan refugees and asylum-seekers in Greece live in destitution on the streets of Athens.

If cooperation between the EU and Afghanistan focuses exclusively or disproportionately on deportation, the opportunity to work together on other asylum and migration policies is lost, and the cooperation is not balanced because it does not reflect the priorities of each party. The Afghan government rightly requests mutually beneficial and comprehensive cooperation on migration which acknowledges the positive perception of migration among the Afghan population in Afghanistan and Europe.

Enlarging migration cooperation would also support the EU’s commitments to contribute to global sharing of responsibility for refugees as part of its implementation of the Global Compact on Refugees (GCR), the three-year resettlement strategy, and its ambitions to develop a joint EU approach to resettlement.

In light of the current situation in Afghanistan and the uncertainty that Afghan asylum-seekers face in Europe, a disproportionate focus on increased returns to Afghanistan is ill-advised and dangerous. We as NGOs, refugee-led organisations and members of the Afghan diaspora make the following recommendations:

To the EU and its Member States:

To the European Parliament (EP):