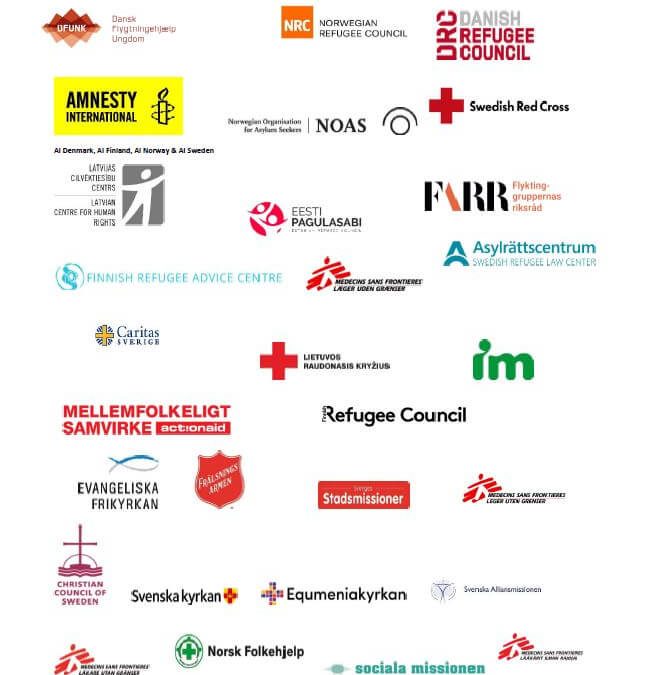 Stories and images of people stranded on boats in the Mediterranean have long been covering news outlets. People are stuck on boats for weeks without adequate support such as water, food, and medical care and ultimately risk being denied access to asylum procedures.

The ad hoc “boat-by-boat” approach, negotiating disembarkation of each individual boat for days and weeks, does not work. There is an urgent need to ensure safe rescue as well as timely and adequate disembarkation of persons stranded at high sea.

Ideally, a reform of the Dublin III Regulation, should be negotiated to establish a permanent mechanism for relocation. This mechanism must ensure equal responsibility-sharing between the European States and prevent situations such as the current humanitarian crisis on the Aegean Islands in Greece.

As agreement on such a mechanism so far has proven difficult, the European countries must find constructive alternatives which respect the safety and dignity of people rescued at high seas.

The recently established “coalition of the willing” and the Malta Declaration are positive and significant attempts to move forward. The declaration of 23 September 2019 is supported by Germany, Italy, France and Malta and further endorsed by more European states in early October 2019.

Although we remain concerned about the aspects of the Malta Declaration that seek to reduce crossings and effectively hinder access to protection in Europe, the core element of the mechanism to ensure dignified disembarkation and swift relocation of asylum seekers based on pre-declared and voluntary pledges by the participating European countries is urgently needed.

Joint European disembarkation and relocation arrangements can only work if supported by countries which are willing and able to contribute by ensuring adequate reception, processing the asylum claims in fair and effective asylum procedures, protecting those who need international protection and safely returning those who do not. The Nordic and Baltic countries have the capacity to contribute based on core values such as respect for human dignity, the rule of law and social responsibility.

We strongly urge our governments to act in a spirit of solidarity and cooperation – both towards the people arriving at the European shores seeking protection and towards the countries placed at the southern borders of Europe – and to engage constructively in the proposed disembarkation and relocation arrangement. Joint letter calling on Nordic and Baltic involvement in European disembarkation and relocation arrangements.