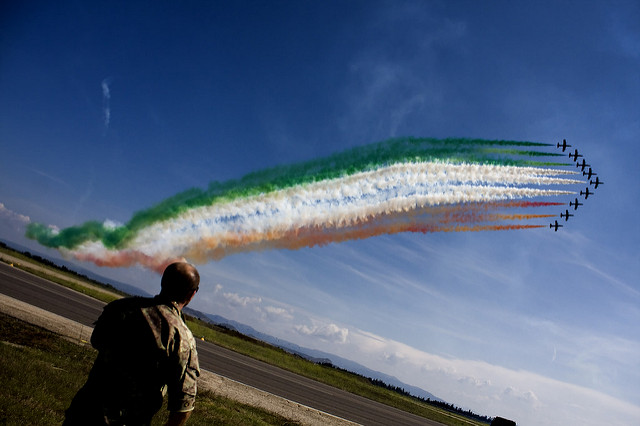 The Italian government has announced an additional 80 million euro investment in its African Fund to fight illegal migration and the deployment of troops in Libya “to combat illegal immigration and counter terrorism threats.” The deployment of troops is condemned as a violation of Libyan sovereignty and a report by ISS Institute for Security Studies and The Global Initiative Against Transnational Organized Crime describes the tight link between security and migrant management in Libya as counter-productive.

The Italian government has announced an additional investment in the African Fund bringing the total to 240 million Euro’s with the ambition of “increasingly effective management of migratory flows” based on “solidarity and security” according to Foreign Minister Angelino Alfano. A similar double agenda is reflected in the transfer of Italian troops from Afghanistan and Iraq to North Africa, according to Italian Prime Minister Paolo Gentiloni aiming to combat illegal migration and counter terrorism threats.

Italy’s decision to deploy additional troops in Misurata has been condemned as a “clear violation of Libya’s sovereignty by Italy” by the National Defense and Security Committee of the Libyan eastern-based House of Representatives.

In their report ‘The anti-human smuggling business and Libya’s political end game’ ISS Institute for Security Studies and The Global Initiative Against Transnational Organized Crime analysis the effect of linking security and migrant management in Libya: “The hyper focus on stemming the flow of migrants via Libya by Italy and the European Union (EU), is encouraging an anti-smuggling business to emerge. Militia leaders, sensing an imminent end to the political status quo, are attempting to launder their reputations by accepting incentives to serve as law enforcement partners of international donors. This co-option creates instability, sabotages the state-building process and further drives the exploitation and abuse of migrants in the country. A stability-first approach is needed.”

The European Border and Coast Guard Agency (Frontex) has launched ‘Operation Themis’ expanding the operational scope of the Agency to assist Italian border control activities. The operation will have an enhanced focus of law enforcement and “Its operational area will span the Central Mediterranean Sea from waters covering [migration] flows from Algeria, Tunisia, Libya, Egypt, Turkey and Albania.”