Italy: Search and rescue dispute progresses amid mass deaths in the Med 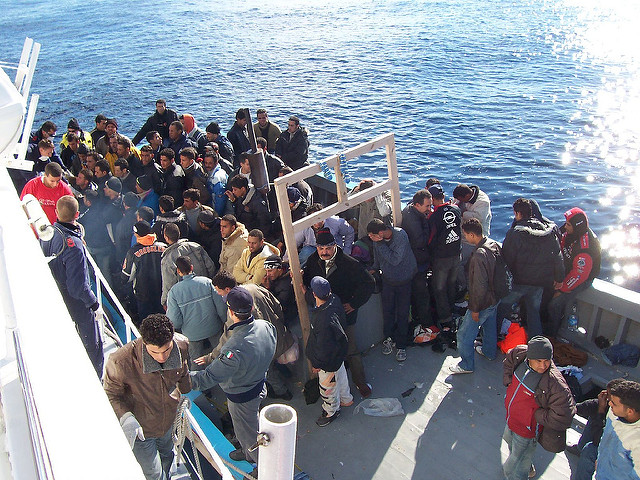 On Monday the Italian interior minister, Matteo Salvini announced he intends to geographically limit Italian naval and coast guard search and rescue operations to be closer to Italy’s shores. The announcement precedes last week’s decision to ban the Aquarius search and rescue ship and two further NGO ships this week. On Thursday UNHCR reported that some 220 people drowned off the coast of Libya in two separate incidents.

“We’ll always save human lives but we will order our ships to remain closer to the Italian coast,” Salvini said in a statement on Monday, adding that, “In the Mediterranean there are other countries that can intervene. We cannot allow half of Africa to be brought to Italian soil.” Although civilian search and rescue NGO ships have been prohibited from docking in Italy, the Italian navy and coast guard are still bringing people rescued from drowning in the Mediterranean. On Wednesday, the Italian coastguard ship Dicotti landed in Pozzallo, with 552 on board, among them were 40 survivors of a fatal shipwreck killing at least 60 people. Sea Watch offered to assist the Dicotti provided they could dock at an Italian port. However, the Italian authorities refused this request.

Matteo Salvini said he would seize two NGO ships, Seefuchs and Lifeline operated by the German NGO Mission Lifeline, to determine their legal status. As of yet the vessels have been turned away from Italian ports and were told to “go to Holland” under the assumption that they were registered in the Netherlands.

These decisions have attracted widespread criticism and caution, as the necessity for search and rescue has not diminished. Filippo Grandi, United Nations High Commissioner for Refugees warned, “Rescue at sea is too important a principle to jeopardize, and any wavering about disembarkation presents grave peril not just to refugees and migrants but to anyone in difficulty at sea.” Search and rescue NGOs remain committed to their mission, SOS MEDITERANEE said in a statement following their eight day odyssey to finally disembark in Valencia, “Saving lives in distress is a legal and moral imperative. As long as there will be people risking their lives at sea, SOS MEDITERRANEE will pursue its mission in the international waters at the doorstep of Europe to search, rescue, protect and testify.”