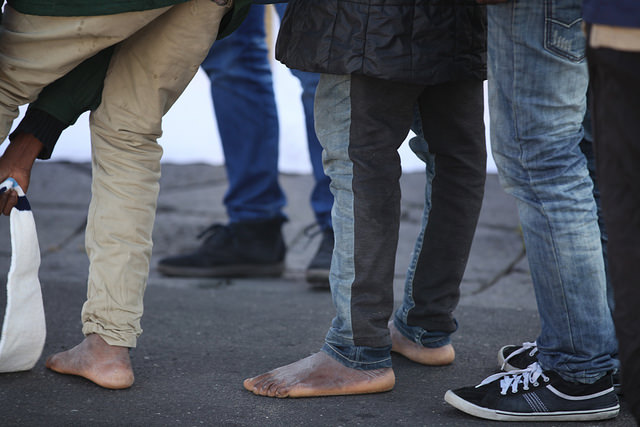 Italy drew up plans this week to strengthen the Libyan Coast Guard’s capacities and to counter ‘illegal migration’. Dubbed the ‘Salvini Plan’, after Italian Interior Minister Matteo Salvini, officials from both countries met on Monday and agreed upon bilateral arrangements to halt illegal migration across the Mediterranean. The agreement affirms Italy’s commitment to supply Libyan authorities with two ships, ten motor launches, dinghies and other technical equipment for their operations.

Italy has already closed its ports to NGO rescue ships over the last few weeks, with the intention of forcing migrants who are fleeing conflict and famine back to Libya. Once returned there, they face arbitrary detention and inhumane conditions.

At the Lega annual party conference last Sunday, Salvini called for a “League of Leagues” to establish a Europe-wide anti-immigration alliance. He shared his vision with a rally of over 50,000 people, describing a Europe free from internal borders yet shut off from external migrants trying to reach its shores.

Amidst this political crackdown, loss of life in the Mediterranean Sea has risen dramatically, with over 200 deaths reported in just three days. A report by Italian think tank ISPI has shown that although overall figures of people attempting to cross the Mediterranean has decreased, the proportion of people drowning at sea has increased. In June, statistics showed that almost one in ten people who disembarked from a Libyan port either drowned or went missing at sea, the highest proportion to date. William Lacy Swing, Director General of IOM (International Organisation for Migration) is currently in Tripoli, visiting the survivors and advocating for the closure of detention centres.

Last weekend Spanish rescue ship The Astral was given strict orders by Italian authorities to ignore distress calls and allow the Libyan Coast Guard to rescue people instead. However, the ship’s crew reported that shortly after, they received news that 100 people were missing and feared to have drowned. They have raised concerns that the Libyan authorities are not responding to calls urgently enough, risking the lives of those desperately in need.

Captain of the Astral, Riccardo Gatti, has accused Libyan vessels of lacking basic rescue equipment, crucially not even having enough life jackets on board. He claims rescue workers have been threatened physically by the Libyan authorities:  “For months now, (the Libyan Coast Guard) has been presented as an official body, formal, very well-trained and legal, and these are the same people who have shot at us, who have kidnapped us. All of this is theatre.”