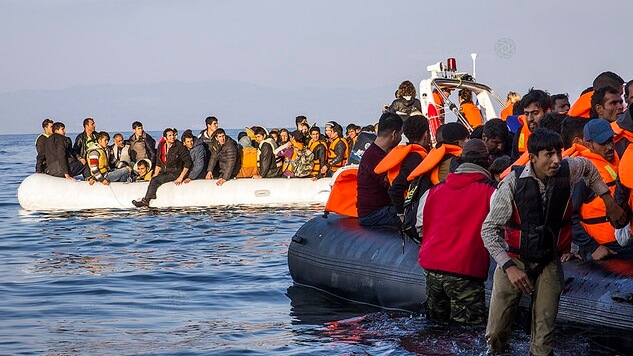 The refusal by Italian Interior Minister Matteo Salvini to allow ships carrying migrants to dock and disembark in Italian ports sparked controversy and crisis over the summer. Together with Austrian Interior Minister Herbert Kickl who currently holds the Presidency, Salvini is now suggesting to process asylum seekers at sea.

The proposal put forward during the Conference on Security and Migration – Promoting Partnership and Resilience entails processing at sea the asylum cases of migrants who have reached European territorial waters, to prevent people not qualified for protection from accessing European soil. According to Herbert Kickl “You are well looked after on a ship” and the process “should last a few days.” Euronews quote project coordinator for Médecines Sans Frontières (MSF) Aloys Vimard, who explained that the challenges of processing at sea include; “ensuring adequate access to translators, safeguarding the privacy of the interviews carried out under difficult conditions on board a ship, ensuring access to appropriate counsel, and providing appropriate appeal mechanisms.”

In an Op-ed entitled “European plans for refugee ‘floating reception centres’ will endanger lives” Azadeh Dastyari, lecturer in law at Monash University and Daniel Ghezelbash, senior lecturer at Macquarie Law School conclude: “Given the anti-migrant rhetoric coming from the Austrian and Italian governments, it is safe to assume that if shipboard processing is adopted, it will be used as a tool to stop the boats rather than as a means of identifying people in genuine need of protection.”

Salvini, who during the last months has threatened to withhold Italian EU funding and faced investigation from Italian prosecutors for illegally detaining migrants by refusing to let them leave a coastguard vessel in Catania expressed his support for the proposal and stated: “In fact, I was saying how ironic it was that having held a group of immigrants on a ship in an Italian port for 10 days, an Italian judge placed me under investigation for kidnapping.”

The processing at sea represent an alternative to current debates at EU level. A non-paper published by the European Commission on regional disembarkation arrangements calls for the Council and Commission to “explore the concept” in cooperation with third-countries, the United Nations High Commissioner for Refugees (UNHCR), and the International Organisation for Migration (IOM).