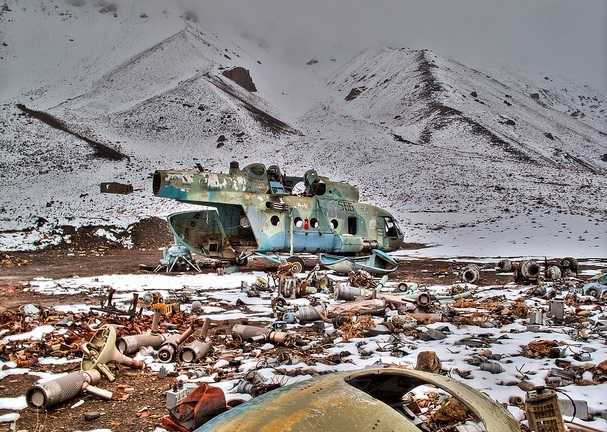 This week marks the anniversary of the Joint Way Forward between Afghanistan and the European Union.  What impact did the agreement have and what is your opinion of its effectiveness and sustainability?

The impact of the Joint Way Forward deal, as I would call it was, that some European countries changed their policy and started deportations to Afghanistan.  For example Germany, The Netherlands and France. But the EU was limited to deport only around 100 instead of the initially planned thousand Afghans and if you look at the number of people, who have actually been deported but left the country again, you see that the deal is not sustainable, not even efficient. And the reason is obvious. Both the European Union and the Afghan government did not assess the security situation properly. They were hopeful that things will get better, but the situation in Afghanistan is worsening with every passing day. Threats by Taliban, threats by ISIS – most parts of Afghanistan still are a battlefield.

The EU travel document that was introduced in 2016 had more of a symbolic character. Even before, laissez-passers were issued and deportations happened. Sweden and other Scandinavian countries have been deporting since 2013. I don’t think that the EU travel document made a difference.

Was/Is there any debate on it in the Afghan society on the Joint Way Forward Agreement?

Well, yes there was a lot of discussion from the Afghan side, in civil society as well as at the political level.  A main point was the fact that, as all of us know, the deal was made without any involvement or consultation neither of the Afghan nor of the European parliament. So when the deal was signed and deportation were scheduled there was a discussion in the Afghan parliament on that issue.  We held a press conference alongside organizations and activist from civil society, that received broad international media coverage. We opposed the deal, knowing that it was not going to work.  Still there is resistance against the deal.

The number of returnees from neighboring countries, such as Iran and Pakistan is reported to increase.  What impact does it have on the situation in Afghanistan?

It had a negative impact on the situation in Afghanistan, on its economy and on individuals. Afghanistan is not able by itself to assist the return of this high number of people and support their basic needs. Afghanistan cannot deal with 1.5 million internally displace people. How can it be a good idea if the European Union further adds to this problematic situation by deporting thousands of other refugees from Europe.

More than a million people have been forcibly returned from Iran and Pakistan, especially last year. A lot of them have been living in Pakistan for generations, they are left with nothing. Still thousands of them are in big makeshift camps outside of Kabul. We have the winter coming again and the situation is not better than last winter which was very hard on them.

Generally speaking, how is the situation of deportees in Afghanistan after arrival, especially for those who are not from Kabul or have not been to Afghanistan before?

The situation is not, let us say ideal, and depends mostly on the availability of social and economic networks.

It is feasible for returnees who have reached or can reach their families and network. They have a place to stay and receive the necessary support especially during the first period. But some of the recent returnees, returned following the Joint Way Forward deal, have never been to Afghanistan before, this is the group of refugees born and raised in exiles as in Norway or Sweden. Some returnees have a network and a family but cannot return to them because the area of their residence is under control of Taliban or ISIS, so even their families advise them not to come back, to stay in Kabul or even leave the country again. Some are disconnected or do not have family or contacts in Afghanistan. We are talking about a situation in which the majority of returnees actually re-migrate because they cannot survive in Afghanistan. They are in Iran, Turkey or even Europe again. The number of attacks and blasts are a direct threat but also it is an extremely demanding mental situation to live in a conflict zone with limited or no protection.

Is support available for them?

Well, the support available differs between those deported and those who, with reservation, returned voluntarily. Focusing on deported Afghans, they can have only two weeks of accommodation and a small amount cash. The deporting countries have various policies in this regard. Norway for example provides substantial and accessible cash support. Other countries, like Sweden or Germany, offer limited support for economic integration and self-employment, but to actually benefit from the support you have to bypass a long, tiresome bureaucratic process. It is a huge barrier. Further the amount is too small. So what happens is, those who do not know anyone are likely to give up on support, they are not able to reach the assistance. So it is a question of accessibility as well as quality of support.

The Afghanistan Migrants Advice and Support Organisation (AMASO) advocates for Afghan refugees and returnees  to Afghanistan. Could you outline your position in regard to the security situation, social support as well as the sustainability of return?

AMASO is the only organisation that directly interacts with returnees and stays in touch with them over time. According to our experience and expertise Afghanistan is not ready for a high number of returnees, or phrasing it differently, it does not make any sense to deport people to Afghanistan right now. It is a loss on both sites. The European countries spent a lot of money to return people while people re-migrate again. This is going to continue till Afghanistan is safe and secure. We should work on voluntary return. Let everyone who has access to network, resources and protection return. But do not force people to go back to Afghanistan, because if they are not able to survive here they will leave the country again and risk their life on the same dangerous journey for a second or third time.

ECRE Weekly would like to thank Abdul Ghafoor for taking the time.