Interview: We Need to Snap Out of the Crisis Mode and Take a Step Back 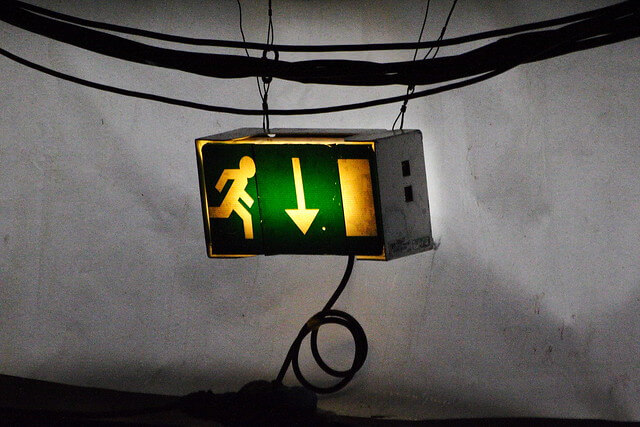 Your book Illegality, Inc. was released in 2014 and focuses on efforts of the EU and its member states to curtail irregular migration along the Spanish-African borders. A year later the EU experienced a stark increase in arrivals which led to migration taking up more space in public debate and politics. How do you think your book would be different if you had done your research in 2015?

Migration has been a salient topic at the southern EU borders over many years and the events in 2015 were not the first of their kind to be framed as a crisis. For example, already in 2006, the arrival of around 30 000 people from West Africa to the Canary Islands had sparked a large-scale emergency response by Spain and the new EU border agency, Frontex, though the numbers seem low compared to the situation in 2015.

2015 was perhaps distinct in two ways: there was a stark increase in arrivals of people fleeing conflict, and the political stakes were ramped up across the EU. However, it is telling that we saw the same logic at work as on earlier occasions, which I had researched in West and North Africa from 2010 onwards. Politicians yet again played up the narrative of threat and emergency and the primary response became strengthening border guards and ramping up security operations to crack down on migration, which in turn involved offering ever-larger economic and political concessions to “partner countries” such as Turkey. Countries such as Spain had been engaging in these strategies for years – yet now, from 2015 onwards, the EU as a whole became busy selling them as a “new solution”.

Regarding my approach in the book, the shift in magnitude in 2015 needed a deeper engagement with the politics of emergency and fear – and this is what I have tried to do in my new book, No Go World. The callous deterrence and criminalisation policies since this time would also have shifted my take on humanitarianism and activism in Illegality, Inc. – we have seen a repoliticisation of humanitarianism in the face of political crackdowns. The book was quite focused on the national case of Spain, but I’m excited to see today’s increasing research focus on the growing role of international organisation such as the International Organisation for Migration (IOM) and the UN Refugee Agency (UNHCR) as well as on EU-level strategies for externalising migration control, which have become both disturbingly opaque and extremely well-funded.

In Illegality Inc. you’ve already addressed the ambiguous relation between efforts to seal off the borders in the name of security and humanitarian narratives. How did you see these playing out in the recent years?

In recent years we have seen a shift in the politics of humanitarianism. From 2006 onwards, Spain pioneered on the face of it a more “benevolent” kind of border control, which appropriated humanitarian discourse and practice. Humanitarian arguments became more and more explicitly used to justify a politics of deterrence. A commonly evoked argument was “not to let them drown” by preventing people from leaving African coastlines, “for their own good”, as it were. While the humanitarian-security nexus came to a head in Italy’s “Mare Nostrum” operation of 2013-14, since then we’ve moved into what some have called a post-humanitarian moment of ever harsher deterrence. We’re seeing pushbacks at the borders, cooperation with Libyan coast guards, the usage of suffering in Libya as means of deterrence, and the deployment of security forces in the Sahara desert. Besides the cuts to EU naval patrols, and so to rescue capabilities, we have also seen the de facto criminalisation of NGO rescues and solidarity across various EU member states.  It seems that today practices at EU borders and beyond aimed at “managing” migration completely sidestep humanitarian concerns and with that the fundamental values of the EU. Even so, lip service is still paid at times to the strange idea that harsh border deterrence and detention in what even the Italian foreign ministry has called the “hell” of Libya are somehow “humanitarian”.

The EU operation Sophia, as part of the EU’s 2015 Agenda on Migration, is focused on combatting human smuggling and trafficking in the Mediterranean. Why do you think this strategy is ill-founded?

The focus on militarily cracking down on smuggling and trafficking by targeting boats has proven a terrible choice in practice, as various reports have made clear and as many of us predicted before the operation’s launch. Politically, however, it has proven rather effective. Let’s remember that the operation was launched following large media attention to the mass drownings of spring 2015 outside Lampedusa. This launch of a mission to “combat smuggling” shifted the blame away from the EU and its member states for failing to continue with Mare Nostrum-style rescues – smugglers became a convenient political scapegoat. Practically, military and border security operations have been shown time and again to contribute to the strengthening of smuggling networks since crackdown on safer entry routes opens the market further for smuggling businesses. Such security operations also include all kinds of perverse incentives, as in the cooperation with Libyan border guards, many with militia affiliation, who are often involved in smuggling themselves. Border guards in “partner states” keep benefiting on both sides – on the one hand, by collaborating in European externalised controls, and on the other, in facilitating migration. In addition, the destruction of boats through operation Sophia has driven people to choose ever more precarious means to cross and contributed to the rising death toll on the Med.

How does your new book No-Go World approach the topic of migration?

My new book is concerned in part with the domestic politics around fears of migration stirred by emergency rhetoric, but it places this politics in the much wider context of international security interventions of all kinds. In it, I explore the intersections of different security agendas and the increasing overlap between migration control and counter-terrorism, how peace-keeping comes into the picture, and how they work to reinforce a negative spiral.

The book takes a longer historical perspective and shows that migration is not a self-contained phenomenon. Taking a step back proves essential to reflect on the continuity, or return, of earlier historical patterns. For example, I look at how relations of domination become manifest in the short-sighted interest of “fighting migration” and terrorism in the Sahara and the Sahel. Colonial powers once created various forms of buffers to problem areas in order to contain threats of different kinds in the “margins of empire”. Today, we can see a strikingly similar phenomenon in the proliferation of “no-go” zones in seemingly remote areas in the Sahel-Sahara belt and elsewhere, including in the Horn of Africa and in the Afghan-Pakistan borderlands. My book depicts how migration politics increasingly feeds into this political mapping of danger and security intervention.

Strategically, it is also disturbing to observe how, similarly to colonial times, the EU and its Member States use different forms of buy-ins to convince other countries to collaborate in the controls of their own populations, or of foreigners on their territory. Today, regimes with shaky democratic credentials are leaned upon and incentivised, with a lot of money and political capital, to crack down on human movement, much of which is not even Europe-bound in the first place. In Niger, for instance, the EU and its member states are pushing heavily for militarised controls and harsh crackdowns. Yet this is a country that has long had an intricate cross-border economy with Libya as well as free movement for West African citizens, both of which are imperilled by such crackdowns.

However, many partner states and their populations see through these projects and make it harder and harder to implement them solely according to the interest of Western actors. In a positive sense, we have seen this when the reluctance of African states to cooperate in EU plans for regional disembarkation platforms, or in suspicions or protests among ordinary people in countries such as Niger. In a negative sense, we see it in how countries like Niger, Senegal, Mauritania, the Gambia and Mali used to be content with small pay-offs but today they ask for much higher sums for their collaboration in harsh border control. The fears around migration created in European politics, and of course, the example of pay-offs to Turkey, gives them increasing leverage and they know it.

Your book No Go World talks about how fear is “infecting our politics”. How does fear influence EU policy-making and who benefits from it?

Far right politicians have managed to keep up the sense of a “crisis” though numbers have fallen sharply since 2015, and we see a similar pattern in the United States with the trumped-up border emergency. But it’s not just far right and nationalist forces but also the political mainstream – including EU officials – that seems to have adopted the crisis mode as normal.

On the one hand, this situation shows the political potency of fear, of how a doomsday scenario of “invasion” can be used along racial, religious and geographical lines on either side of the Atlantic. On the other hand and in a more practical sense, it shows that as soon as the crisis mode has taken on its own momentum, it becomes a mind frame that is ever harder to exit because this is how things are set up – border fences, sea patrols, crackdowns in neighbouring countries, buy-ins from the defense sector and international organisations, etc… Also academics are buying into this crisis mode, unfortunately, trying to address the “crisis of migration” and offering short-term policy solutions. In my first book I looked into how this self-sustaining industry emerges and keeps on growing because various interest are served by the crisis framing. That is even more evident today, as on both political and economic levels the gains are huge to keep blasting on all cylinders.

What can we do to counter the instrumentalisation of fear and how should European politicians, but also media and academics, approach the current politics of migration?

We need to snap out of the crisis mode for a start. Crisis is supposed to imply a turning point, but it’s now become perennial and self-sustaining with severe effects on our politics and on the relationship between European and African states. The risk is that we reinforce this by playing along, for instance through various “emergency grants” on refugee-related research in academia, or through short-term plug-ins to “solve the problem”. I think we must step back and with a cool head take stock of how “security” is making us more unsafe: of who gains and who loses when we are spending so much money and political capital on “combating” this or that phenomenon. Such stock-taking may help build real coalitions for change, as we’ve seen for instance in the growing political resistance against the war on drugs by those who face its worst consequences. But we also need another political narrative, perhaps of practical hope or shared protection, to counteract the tempting story of fear that on many levels have come to dominate our politics.