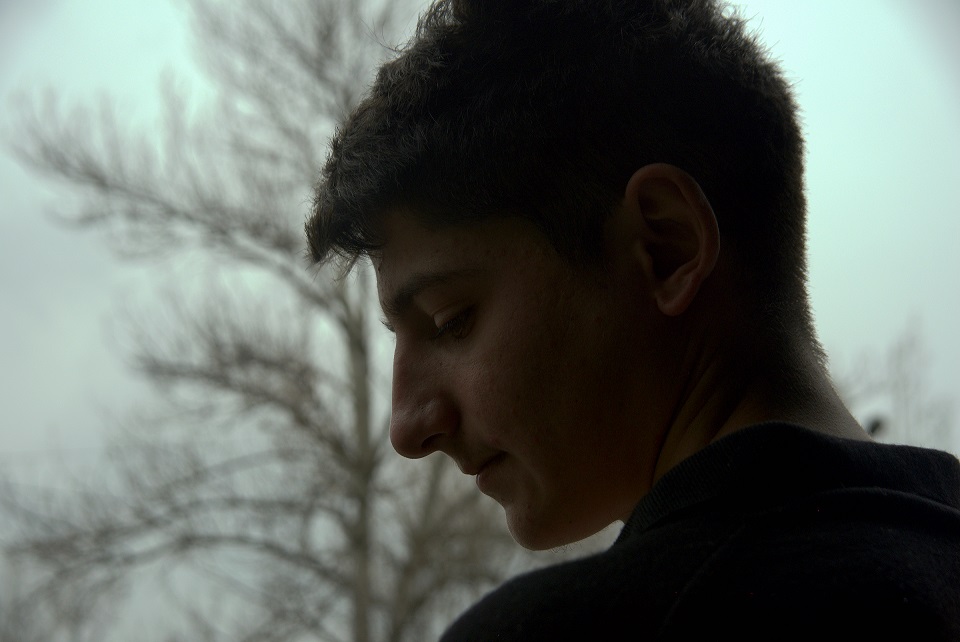 An interview with Cinzia D’Ambrosi, founder of Hate Hurts Project, a photography project documenting violence against refugees and asylum seekers in Europe.

Could you tell us about the aims of your Hate Hurts?

I started the Hate Hurts project in 2015, whilst I was in Athens for an artist residency. At that time there was a large focus on migration itself, particularly through the Balkan route. It was very easy to meet refugees, just by walking through the city. I began to meet them and go to hostels and centres helping them. I spent a lot of time in the Sudanese centre in particular, spending time with African refugees, who were experiencing the highest levels of violence at that time. What struck me was how many people were talking about how difficult it was for them to have come through this journey and then experience such high levels of violence upon arrival. On a human level I was of course compelled by their stories.

The project is divided into two key areas, of course there’s physical violence, which predominantly appears around the borders. But also psychological hardship which I also treat as a form of violence- confinement, this constant feeling of insecurity and lack of prospects.

The aim for me as a documentary photographer, is to use my work to raise awareness and also inspire change either through policy changes or shifting public perception. Hate Hurts is an evidential body of work which I hope can be used as leverage to improve the lives of refugees through increased protection and safe passage.

Which countries have you worked in?

I spent a lot of time in the Balkans, particularly along the borders – Greece, Croatia, Hungary, and Bulgaria. Again what struck me was the high levels of violence, particularly at the hands of border officials, who should protect, assist and be the first point of contact.

How does photography add to this area of research?

Evidence. Photography provides a visual record which is hard to ignore or disprove.

I have also created a website where I’m not only uploading interviews and pictures I’ve been gathering; but also refugees can send material that they have taken themselves. Photography allows that kind of participation. Additionally, they can send images from places I don’t have access to. I hope the website will provide an evidential and historical space to represent these stories.

How do you find people to interview and photograph?

It depends on the situation. Recently in Bulgaria it’s been quite difficult for me to gain access to spaces as the authorities wouldn’t allow me to enter and would often be quite intimidating. So I got in touch with the Bulgarian Helsinki Committee, who have access to the camps to provide legal services, and asked them to speak to people to see if they’d be willing to meet me and tell their story.

Very often, such as in Greece, if I see people in the street I try to start a discussion – even using Google Translate on my phone. But mostly I approach NGOs working directly with refugees and asylum seekers.

What do you think of photojournalism coverage of refugee and migrants?

There are some long term projects which really have contributed massively. But also there’s a lot of noise – images that don’t add to the discussion or to our understanding, or exaggerate stereotypical ideas. These images are presented to illustrate articles that do not convey the facts behind the images that are illustrating them. It all depends on the context of how it’s being used and what its saying.

I have taken an approach that conveys refugee’s stories as presented to me. It incorporates elements of participation and narrative fluidity.  There is also an investigative and evidential aspect.

This approach differs from photographers on assignment whose work illustrates a story that is already being written, so to speak.

You’ve been working on this project for a few years now, have you noticed any differences or trends with the people affected?

I think there’s a huge link between government propaganda and the way we treat or perceive refugees. What happens in a political sphere will affect how refugees are treated. Namely in Hungary right now it’s indisputable the link between the policy and rhetoric of Viktor Orban and the treatment and fear of refugees. But also in Greece in 2015 Golden Dawn was very prominent and influenced direct attacks on refugees in the streets.

In Bulgaria refugees are regularly being attacked when they leave their reception centres by the public, with little protection from the police. Which directly shows how policy and the attitude of authorities influences hate crimes.

What is the future for Hate Hurts?

I have been on and off collaborating with Amnesty International. Next month I will be doing a show with Amnesty Hungary for World Refugee Day. In Hungary there is a huge amount of government pressure on civil society  and NGOs working with refugees and migrants right now. So we decided to do the show in a more guerrilla style setting; rather than in a gallery we will exhibit in the street in key areas of Budapest and other cities. Hopefully this will have a strong presence and a reaction with the public. We hope to have live streaming in order to engage in conversation with people and see where anti-migrant ideas are coming from – considering there are so few refugees in the country but people are so afraid of this “invasion”. This will be the first time I’ve exhibited in quite this way, with direct interaction.

We will also show the work in Bulgaria in a more formal way as part of the European photo month. My aim is to show the project in as many countries in Europe and also in European institutions to engage with policy makers.

I am a passionate advocate for human rights and I use my photojournalistic and documentary work to tell stories that need a voice. Particularly the issue of violence, including economic, physical and psychological, and how it is used to oppress, marginalise and silence the most vulnerable in society.