Interview: Church Asylum in Germany – A glimmer of hope before dubious ‘Dublin-transfers’ 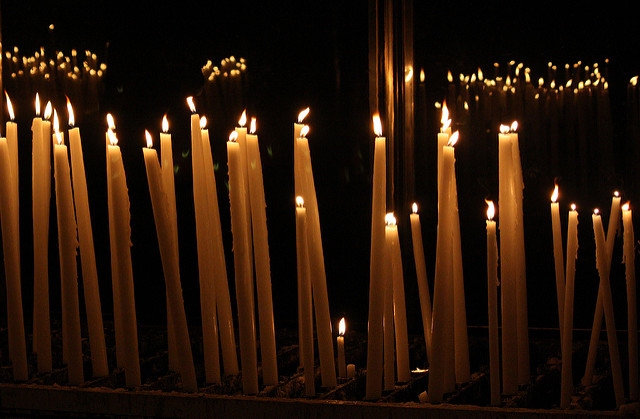 An interview with Michaela Teigelmeister and Ansgar Rudolf, both Diakonie Sieg & Rhein, Germany.

Approximately 374 people are currently hosted in church asylum across Germany, including one case facilitated by your counselling office. How come you opened this extraordinary procedure?

The vast majority (325) of active church asylum cases including the one we facilitated relates to people in the Dublin procedure. Our case concerns a single woman who traveled on to Germany after arriving in Italy. She received a negative ‘Dublin-decision’, stating that Italy is responsible for her asylum claim, we believe this decision failed to consider the traumatizing experience she had in Italy. She approached our counselling office after the tight one-week deadline to appeal the decision or to file an emergency appeal had already expired. Considering the imminent threat of transfer to Italy we assessed the possibility of church asylum internally and started the process.

What is the internal process when you assess the applicability for this extraordinary measure?

The assessment of the applicability of church asylum is based on guidelines provided by the ecumenical federal working group ‘Asylum in Church’ (dt. Ökumenische Bundesarbeitsgemeinschaft „Asyl in der Kirche“). It entails reviewing the individual case to evaluate the risk of deportation, risk of inhuman or degrading treatment, the separation of families or health risks as well as the legal prospects of hindering the deportation and to remain in Germany. Aspects of health risks, degrading treatment as well as the possibility of separation of families should already have been assessed in the process of determining member states’ responsibility, at least regarding an exchange of health data and particular guarantees between member states prior to carrying out transfers. However, in practice these vital information’s are most often not enquired in the short interviews conducted in the Dublin procedure by the Federal Office for Migration and Refugees (BAMF). Therefore the voicing of particular vulnerabilities or protection needs is left to the asylum applicant – a requirement that demands procedural knowledge and legal aid which is often not available for individual applicants at this stage.

The fact, that the vast majority of church asylum cases are initiated to protect people in the Dublin process points at the poor quality of the procedures – in fact church asylum functions as a safety-net when authorities fail to do their job. In the concrete case we decided internally, approached the ecumenical network Asylum in Church NRW (Asyl in der Kirche Nordrhein-Westphalen e.V.) and touched base and coordinated the work with the congregation.

Could you explain the role of the network and the church congregation?

The network Asylum in Church NRW e.V.  is taking over a substantial part of the coordination work. Congregations which are generally interested and have decided to offer protection to people in need can approach and register themselves with the network. The network is then linking up counselling offices, such as ours and the congregations.

We were in luck, there was a congregation in our area ready to accommodate our client in a safe environment in the same evening we decided to support a church asylum.

How do the BAMF and the Foreigners Registration Office react to this ultima ratio by congregations?

The conduct differs from one federal state to the other. In North Rhine-Westphalia, the legal situation at least in regard to Dublin-cases hosted in church asylum is set out within a Circular issued by the Ministry of the Interior and Municipal Affairs. Accordingly, church asylum is not considered as a legal barrier to executing a transfer, but in practice they are not transferring.  Authorities might conduct a renewed hardship assessment in view of the sovereignty clause and the extension of the time limit to perform the transfer from six to eighteen month due to absconding is abandoned. In this regard church asylum is tolerated from relevant governmental stakeholders – BAMF, the federal government and the Foreigners Registration Office. In case the sovereignty clause is not applied, the responsibility is transferred to Germany following the expiration of the time limit.

It is an open procedure. The application of church asylum gets communicated transparent and openly as a question of conscience of the congregation to all relevant officals starting as soon as the application is lodged.

What are the practical circumstances for people in church asylum? Is the person limited to church facilities only?

The congregation is the protection. Individuals are accommodated in facilities owned by the church congregation, for example the church itself, the parsonage or in rooms of the parish centre. This is of course not convenient living-conditions and this accommodation is meant to be temporary – for a few weeks or months. But this should not mean that it is not possible to leave within that time to shop for groceries or see a (volunteer) doctor. The women supported by our office for example is equipped with a note of the congregation and local authorities are informed. Even in case of a police control there is no actual danger of deportation at this point in time.

Your client is currently accommodated in a house owned by the congregation. What are the steps ahead?

Currently we are filing the hardship-appeal. Once submitted, we expect it to be assessed by the BAMF within four to eight weeks. Unfortunately, the responsibility in the case shifted recently to the department which is dealing with Dublin transfers. This decreased the prospects for a shift of responsibility to Germany. In case the appeal is going to be denied, the last chance is the expiration of the time limit of the Dublin transfer.

ECRE Weekly would like to thank Michaela Teigelmeister and Ansgar Rudolf for taking the time.