Interview: A new peak in the long development of Austria’s restrictive Alien Law, but we will resist 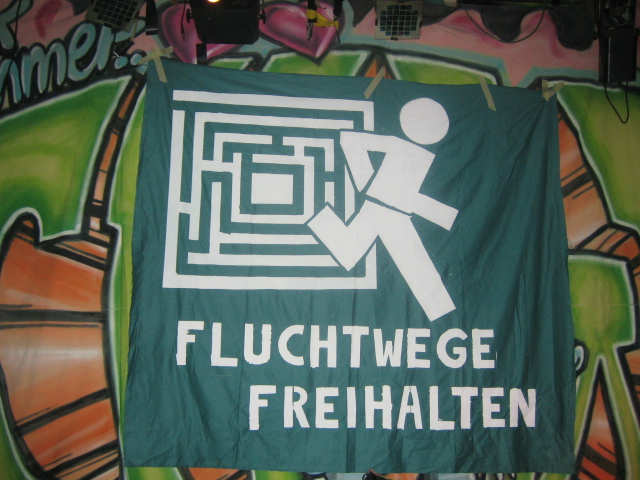 Interview with DDr* Dessi Desmond, Deserteurs- und Flüchtlingsberatung on the occasion of the entering into force of the latest Austrian Aliens Law Amendment Act

The Aliens Law Amendment Act 2017 (FrÄG 2017) entered into force on the first of November in Austria. The amendment continues a pattern of altering parts of the aliens’ law, asylum law, primary care law and the procedures act of the Federal Agency for Immigration and Asylum. What are the most problematic aspects?

It is not easy to pick only a few, but we will try to give you a comprehensive run through the gravest aspects. The amendment entitles police officers to enter premises as soon as they suspect the presence of at least three foreigners among which one is potentially illegal. Suspicion is enough, the searching does not require a judicial decision, an essential difference to regular criminal prosecution. The expansion of state power violates the basic rights of privacy protected in Article 8 of ECHR.

The disclosure duty concerning the date of deportation is ceased, whereby a person affected is left without the chance to depart voluntarily to preempt the removal. The aliens’ police law classifies deportation as a measurement of power of command and enforcement and suspends the demand for an order or notification that would normally apply for the use of such coercive power under the Federal Security Police Act. The differentiation appears to be a violation of the principle of equality in view of racial discrimination within the Federal Constitutional Law.

The amendment introduces an additional paragraph on the extension of the maximum permissible duration of detention up to 18 months and further it lacks a clarification of the circumstances under which the extended duration is imposed.

With the adoption of the amendment by the National Assembly the launch of a revocation procedure against people with asylum or subsidiary protection status who are suspected of having committed an offence was declared legal. Thereby the asylum law arrogates preliminary ruling for itself and abrogates the presumption of innocence entirely.

Further, the amendment earmarks the more symbolical obligation to issue a return decision for de facto non-returnable people, only to unambiguously convey that they are undesirable in the Republic of Austria. The main function of the law is to enforce fear.

The introduction of coercive detention and territorial restrictions within open procedures are two especially critical aspects. What are your concerns?

The amendment reflects the governments interest in “intensified preparations for returns”. An euphemism and cynical nomination in view of the already existing rigid deportation regime and the insufficient implementation of asylum procedures in first instance. This applies to the introduced obligation for illegalized people, to collect travelling documents on their own, too. At the moment the procedural implementation is uncertain but if people do not follow this obligation coercive detention can potentially be the consequence. The extended detention for minors of the age of criminal responsibility and adults introduces yet another possibility to arrest people who have not committed any offence. Coercive detention is a massive intervention into individual liberty and conflicts with constitutionally protected rights as well as article 5 of ECHR.

Further, since the first of November people who receive primary care and people in open procedures are obliged to reside in predetermined facilities, or a particular federal state in case of private residency. A fine or if incapable of paying compensational custody are intended in case of violations against the territorial restriction. Obviously, this restriction aims at the elimination of mobility and freedom of movement.

Are there any positive reforms in the amendment?

There are slight improvements of the family reunification procedure as it is now possible to apply for an entry visa in an embassy even if a marriage or registered civil partnership is not performed within the country of origin. However, it is required to be performed prior to arrival of the partner with protection status in Austria.

The amendment was adopted by the former government coalition of social democrats SPÖ and conservatives ÖVP. The latest election pushed the political landscape in Austria to the right, what are the implications of that?

With the expectable Minister of the Interior representing the rightist extremist FPÖ we expect massive deterioration of the protection of rights of asylum seekers, refugees and migrants and in Deserteurs- und Flüchtlingsberatung we are preparing for  intensified legal battle.

In the organization’s 25 years of history, we have experienced 34 amendments of substance, 12 Ministers of the Interior came and left, the administrative authorities changed their appearance several times and we already experienced a government of FPÖ und ÖVP once. That’s to say, we gained experience with changes, tightening and repression which partly targeted to impeded our work. More than ever, we will be there for our clients – on a low-threshold, individualized, biased and free of charge – because we believe, that rights need to be accessible for all and must not be tied to financial means or selective categories of people.

The Deserteurs- und Flüchtlingsberatung in Vienna is one of a few organizations in Austria, that is counselling people who do not benefit from legal aid or do not have a residency status. Do you fear that the amendment effects your legal counselling?

Particularly the newly introduced return centres (Rückführzentren) created for illegalized people or people with a legally binding return decision will present an obstacle for people in need of  independent legal consultation. The law implies consultation but its only purpose is the support of returns, it cannot be considered as independent legal aid.

Further, the mentioned increase of state power to enter any kind of premises in suspect of the presence of only one illegalized person means the loss of the protected character of each counseling office, ours included.

ECRE Weekly would like to thank DDr* Dessi Desmond for taking the time.