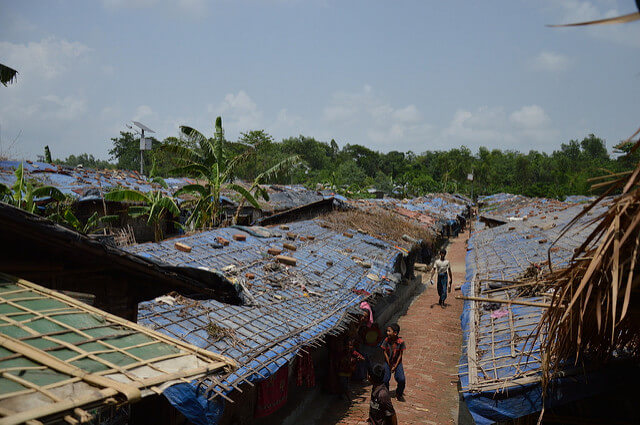 This week, the U.N. special rapporteur on Myanmar voiced deep concern over Bangladesh’s plan to relocate 23,000 Rohingya refugees in April to a remote island, saying it may not be habitable and could create a potential “new crisis”.

Humanitarian groups have criticized the relocation plan, which aims to ease the overcrowding in Cox’s Bazar, saying the island in the Bay of Bengal is vulnerable to frequent cyclones. Biraj Patnaik, Amnesty International’s South Asia Director stated that if they implement this plan the Bangladesh government will risk; “undermining the protection of the Rohingya and squandering the international goodwill it has earned. In its desperation to see the Rohingya leave the camps and ultimately return to Myanmar, it is putting their safety and well-being at risk.”

The island is also very isolated, a three hour boat ride from the mainland. Reports from the island itself tell of ‘prison like’ conditions, with families to be housed in concrete breeze-block rooms, which measure 2m x 2.5m, and have small barred windows. There is one bathroom per block, with each block made up of around 25 housing units, each unit for one family.

Yanghee Lee, U.N. special rapporteur on Myanmar, visited the island in January. She warned the UN Security Council “there are a number of things that remain unknown to me even following my visit, chief among them being whether the island is truly habitable. Ill-planned relocation, and relocations without the consent of the refugees concerned, have the potential to create a new crisis.” Lee also highlighted concerns regarding the return of Rohingya people from India, Saudi Arabia and India and a possible return to the situation in 2015 where thousands of Rohingya set off in fear of their lives from the Bay of Bengal in boats that were not seaworthy. Many became stranded at sea and died.

Currently around 730,000 Rohingya refugees are living in overcrowded conditions in Bangladesh’s Cox’s Bazar district, which now hosts the largest refugee camp in the world. Rohingya began arriving in Bangladesh in 2017 fleeing a wave of mass killings, rape, torture and the burning of hundreds of their villages by the Myanmar military. A UN fact finding mission in 2018, said that the 2017 military campaign was orchestrated with “genocidal intent”. In September last year, the ICC issued a statement saying that the “court may exercise jurisdiction over the alleged deportation of the Rohingya people from Myanmar to Bangladesh, as well as potentially other crimes.” A “preliminary examination” by ICC prosecutors began earlier this month. Conditions are still too perilous in Myanmar for the Rohingya people to return home.