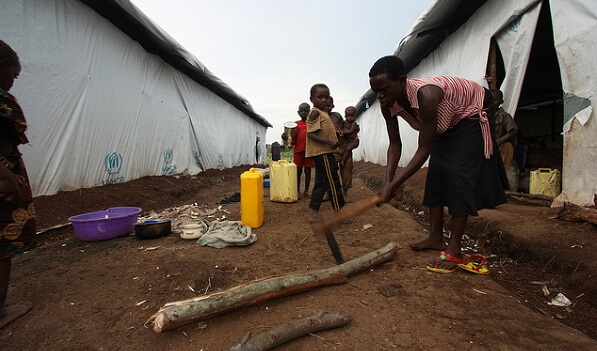 Uganda has received wide praise for opening its borders and allowing a high level of freedom of movement and access to work for its large population of refugees. However, an investigation into allegedly fraudulent registrations and mismanaged funds demonstrate that transparency is crucial to ensure Uganda’s refugee policy is appropriately translated into practise.

As increasingly restrictive migration policies and border closures have become a global trend, Uganda has received international praise for its progressive refugee regime. Earlier this year the United Nations High Commissioner for Refugees Filippo Grandi thanked “the Ugandan government, local government and its people” recognising that “despite recent influxes Uganda has the most progressive refugee policies in Africa, if not the world”.  Uganda has the largest refugee population in Africa, with most arrivals fleeing conflict in South Sudan, the Democratic Republic of Congo and Burundi.

Uganda has been recognised for offering refugees land to grow crops, permission to work and access to education, health and justice services. However, there has also been criticism suggesting that the promotion of progressive refugee policies has in some cases clouded meaningful discussion, at the risk of neglecting durable solutions, local integration, access to citizenship, and then needs of host communities and local authorities.

On Monday, it was announced in a joint statement that an official biometric refugee verification exercise, conducted since March by the office of the prime minister and the UN refugee agency, (UNHCR), found that Uganda hosts 1.1 million refugees rather than the asserted 1.4 million. Three government staff members were suspended over allegations of collusion with staff from the UNHCR and the World Food Programme to inflate refugee figures, allegedly falsifying names and duplicating registrations in refugee settlements, and in doing so misappropriating millions of dollars in aid.

The International Refugee Rights Initiative (IRRI) welcomed the conclusion of the verification exercise; “We hope that this can be the basis of a more honest discussion about the number of refugees in Uganda and about what should be done to ensure accountable and sufficient funding.” They hope that “Now that there is more clarity, donors should step up their funding, to ensure that Uganda’s progressive refugee policy is fully translated into practice… In the end, it is refugees who suffer the negative consequences of any allegations of corruption and funding cuts.”