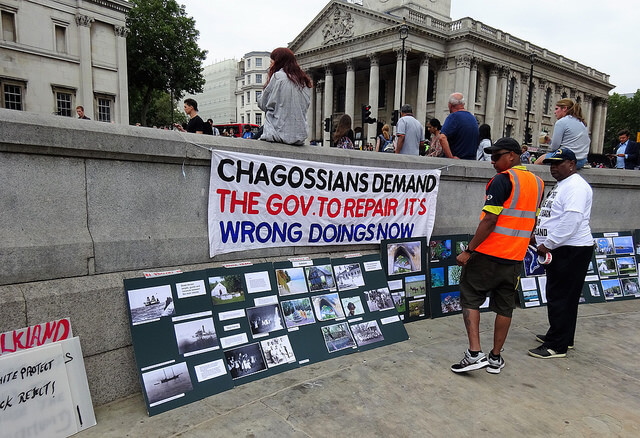 On February 25 the International Court of Justice (ICJ), the United Nations’ highest court, ruled that continued British occupation of the Chagos Islands, a remote Indian Ocean archipelago, is illegal. Although only advisory, the Judgement has raised the hopes of the exiled Chagos Islanders that they may eventually be able to reclaim their homes after almost 60 years.

In his judgment the president of the ICJ, Abdulqawi Ahmed Yusuf, said the detachment of the Chagos archipelago in 1965 from Mauritius had not been based on a “free and genuine expression of the people concerned” and that the “continued administration constitutes a wrongful act”. The case was referred to the court, which hears legal submissions over international boundary disputes, after an overwhelming vote in 2017 in the UN assembly in the face of fierce opposition from a largely isolated UK.

The expulsion of the Islanders in the 1960s and 70s have had far-reaching effects. Although British citizens, some of the Chagos Islanders who eventually ended up in the UK have been impacted by the UK government’s “hostile environment” immigration policy in the same way as the Windrush generation. With their descendants now facing threat of deportation.

For the past decades, representatives of the Chagos Islanders have been fighting to be allowed to return home and in 2000, the High Court in London ruled the expulsions illegal and granted them the right to return home. In response, in 2004, the UK government used a Royal Prerogative to bypass parliament and the courts and to override the effect of the 2000 court decision.

The David Snoxell, coordinator of the all-party parliamentary group in the Chagos Islands, said of Monday’s ruling: ““This is a searing indictment of the UK detachment of the Chagos archipelago from Mauritius in 1965 and its subsequent defence of that action. The UN general assembly must now decide what to do about this post-colonial legacy, including the human rights of the Chagos Islanders.”

Although there is hope amongst the islanders that this may be a step forward in their fight to return home, there is still a long way to go. Rosemond Saminaden, an 83-year-old Chagos Islander stated; “We know the road will be long. We will not be able to return to the island without the basic infrastructure on the island.”