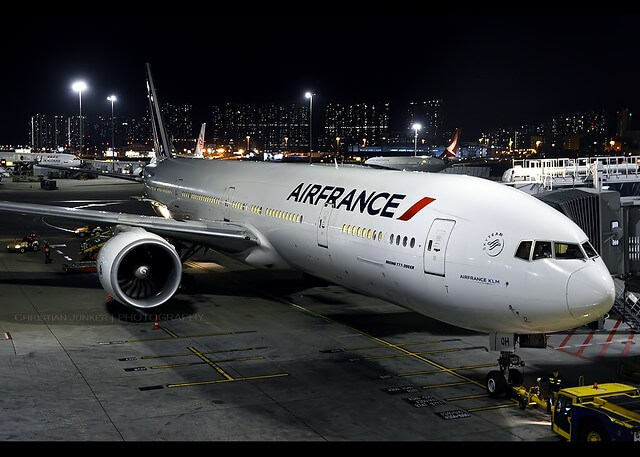 Several Hundred People have occupied terminal 2F of the airport Charles-de-Gaulle in Roissy, France, to protest against Air France’s collaboration in deportations from France and the asylum policy of the French state.

The protest was organised by the collective Gilets Noirs (Black Vests), a group of migrants without papers (“sans-papiers”) in the Ile-de-France region, and the pro-migrant activist group la Chapelle debout. Around 500 people occupied the terminal for two hours. The protests denounced those who benefit from the removal of people considered “illegal” and demanded that Air France stops financial, material logistic and political support of deportations. The airline was also asked to stop pressuring members of staff and passengers who oppose deportations. In the afternoon, four representatives of the Gilets Noirs were received by a delegation of the airline.

The occupation forms part of a series of actions to protest the restrictive character of French and EU asylum policies and ask for the provision of accommodation and regularisation of the status of the migrants, most of which come from former French colonies.

The airport is located next to one of the biggest migrant detention centres in France, the centre de rétention administrative (CRA) of Mesnil-Amelot. In 2018 more than 1000 people were deported from there.