Humanitarian Corridors: An Italian Model for the European Union? 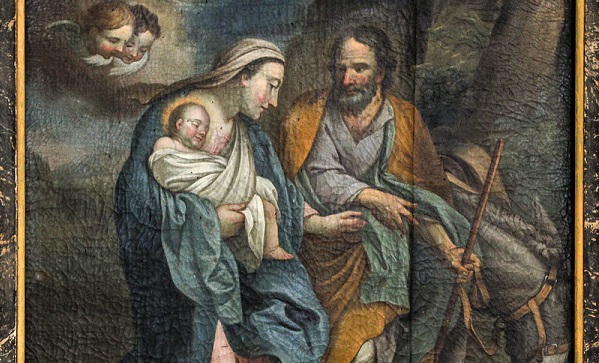 After Pope Frances visited a refugee camp on the Greek island of Lesbos last week, his aide brought 33 refugees back to Rome where they will be hosted by the Vatican and the Community of Sant’Egidio. Faith-based and civil society associations from different European countries propose to take the model of “humanitarian corridors” to the European level.

The 33 refugees, among them families from Cameroon, Afghanistan and Togo, arrived in Rome on December 13. The Vatican’s latest “human corridor” mission from Lesbos was implemented following the approval of Greek authorities and the Italian interior ministry. Cardinal Konrad Krajewski, the Vatican’s almoner, condemned the EU’s handling of the refugee situation and urged Catholic churches across Europe to open their doors to refugees.

Italy is the only European country that has been regularly cooperating with the UN Refugee Agency ( UNHCR), to evacuate vulnerable people from detention centers in Libya directly and via the UN Emergency Transit Mechanism in Niger. Since December 2017, 913 vulnerable people have been relocated to Italy from Libya.  France, Belgium, and Andorra have also provided humanitarian corridors, mainly to refugees from camps in Lebanon and Ethiopia.

A group of faith-based and ecumenical associations are working to take the “good practice” from Italy to the European level. Following a declaration by 15 representatives of Protestant churches from 15 EU countries in October, Paolo Naso, coordinator of the refugee and migrant programme of the Federation of Protestant Churches in Italy (FCEI) presented a concept paper in the European Parliament this week outlining goals and principles for “European Humanitarian Corridors”.  The paper envisages a flexible approach adapted to the national context of each state and involving international organisations and NGOs as well as national governments and civil society organisations. The goal is to transfer, in cooperation with UNHCR, 50,000 vulnerable people from Libya and neighbouring countries to the EU over two years.

Representatives of the Italian government declared the commitment of Italy to lead this initiative. Vice-president of the European Parliament Fabio Massimo Castaldo stressed that the main challenge is to include funding for European Humanitarian Corridors in the EU’s financial framework for 2021-27 currently under negotiation.