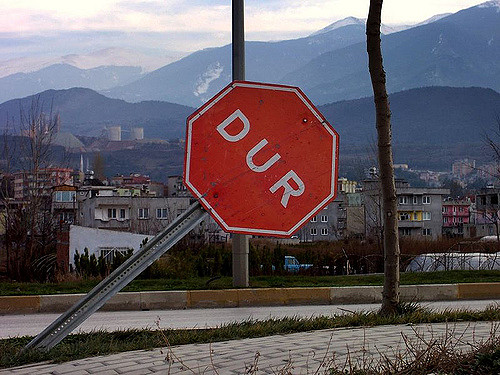 On March 22 Human Rights Watch (HRW) reported interceptions of large groups of Syrian refugees by Turkish security forces who since Deecember 2017 have “summarily deported them to the war-ravaged Idlib governorate in Syria.” In its reponse the Directorate General of Migration Management (DGMM) in Turkey’s Ministry of Interior denies the allegations and underlined the fact that Turkey offers temporary protection to more than 3.5 million Syrians.

According to HRW Turkish security forces have “routinely intercepted hundreds, and at times thousands, of asylum seekers at the Turkey-Syria border since at least December 2017 and summarily deported them to the war-ravaged Idlib governorate in Syria.” They also reported that Turkish border guards have shot and wounded Syrians trying to enter Turkey through smuggling routes. The DGMM states that a total of 91,866 people have been taken under temporary protection particularly in Hatay, Gaziantep, Kilis and Sanlıurfa in 2018 so far illustrating that: “allegations suggesting that Syrians are not registered are not true.”

HRW urged the EU to raise the issue at the EU-Turkey Summit in Bulgaria on March 26. However, no references were made. President of the European Council, Donald Tusk in his concluding remarks said “On migration and support for refugees, the EU and Turkey remain very close partners. I would like to express our appreciation for the impressive work Turkey has been doing, and to sincerely thank Turkey and the Turkish people for hosting more than 3 million Syrian refugees these past years. The EU has lent substantial support to improve the livelihood of these refugees, and this evening we reaffirmed the European Union’s unwavering commitment to continue this support.” While President of the European Commission, Jean-Claude Juncker saw the the Facility for Refugees in Turkey as the tangible expression of solidarity between Turkey and the EU.

Research conducted by Der Spiegel revealed that EU and Member States have contributed 80 million Euros worth of security and surveillance technology, according to the German media “helping Turkey to seal off its borders against refugees (Die EU hilft der Türkei, ihre Grenzen gegen Flüchtlinge abzuschotten).”