Growing Trend of Criminalising Support for Migrants Across Europe 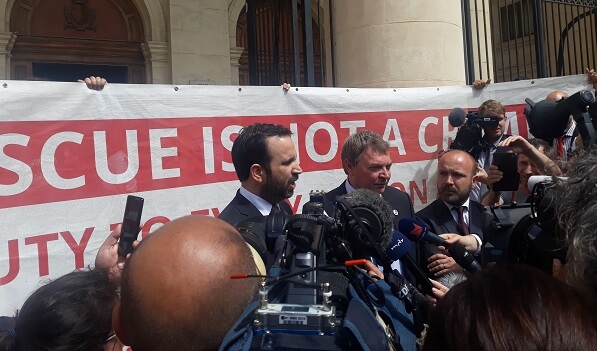 An account from Open Democracy documents how hundreds of Europeans have been criminalised by offering support to migrants. The findings confirm a growing trend of criminalisation across Europe also revealed in a recent report of The Institute of Race Relations (IRR).

Research by Open Democracy in cooperation with journalists across Europe documents more than 250 cases across 14 countries of people arrested, charged or investigated over the last five years for supporting migrants. The cases involve a variety of alleged offences related to “assisting illegal migration” and a sharp increase occurred in 2018 with a doubling from the previous year to 100 cases. The account states that there were: “Elderly women, priests and firefighters among those arrested, charged or ‘harassed’ by police for supporting migrants, with numbers soaring in the past 18 months”.

Given the difficulty in gathering comprehensive data, Open Society estimates that the actual figures could be substantially higher. The majority of cases were documented in just seven EU member states – Italy, Greece, France, the UK, Germany, Denmark and Spain.

In its recent report IRR chronicled 17 cases against 99 people in 2018 and the beginning of 2019 revealing: “the expansion and escalation of states’ prosecutions during the ‘migrant crisis’”. Charges include anything from membership of a criminal network to terrorism-related offences. Organisations and individuals have had their phones tapped and bank accounts frozen and in some cases of search and rescue NGOs, investigations have been accompanied by orchestrated public campaigns to delegitimise them.