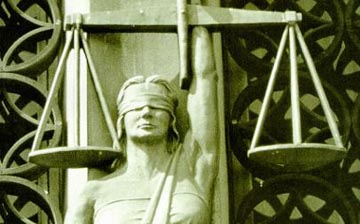 Following a recent ruling from Greek Council of State, two decisions by the Greek Appeals Committees further clarify requirements for establishing a sufficient connection between asylum seekers and a ‘safe third country.’ They found that transit through a country in geographical proximity to the country of origin does not in itself justify a sufficient connection.

The decisions related to two cases: one, brought by ECRE member Greek Council for Refugees, concerned a Syrian man who had stayed only eight days in Turkey, where the Appeals Committee found that the geographical proximity of a country to the country of origin cannot in itself justify a sufficient connection. And a second case concerned a Syrian family with four children, where the Appeals Committee rejected the existence of a sufficient connection on the ground that the applicants had stayed in Turkey for just 15 days and had no possibility of accessing a supporting network.

“While the ruling of the Greek Council of State declaring Turkey a safe third country and the quality of its sources undoubtedly raise crucial protection risks, the appeals decided in its aftermath reflect the continued need to prove a connection to Turkey and rule out a one-size fits all approach” says Minos Mouzourakis, Senior AIDA Coordinator at ECRE.

In its conclusion in the second case, the Appeal Committee referenced the UNHCR interpretation of the safe third country concept, which was not taken as authoritative in the earlier ruling by the Greek Council of State. Pro Asyl and Refugee Support Aegean (RSA) have issued a Legal Note criticising UNHCR’s general advocacy engagement leading up to the controversial Council of State decision: “RSA and PRO ASYL are deeply concerned about UNHCR’s decision to stay silent about the violations of basic refugee rights in the name of EU-Turkey deal, especially given the present regime in Turkey. The dissenting Opinion in the Council of State’s ruling in the Afaaz* case, when referring to post-coup Turkey makes UNHCR’s silence even more deafening: “…fundamental rights and liberties are openly violated, judicial independence has been dismantled, where freedom of speech and press are not applied and guarantees of rule of law are not applied to those opposing the regime.”