Greece: New Relocations the only Positive Development amid Continued Violations 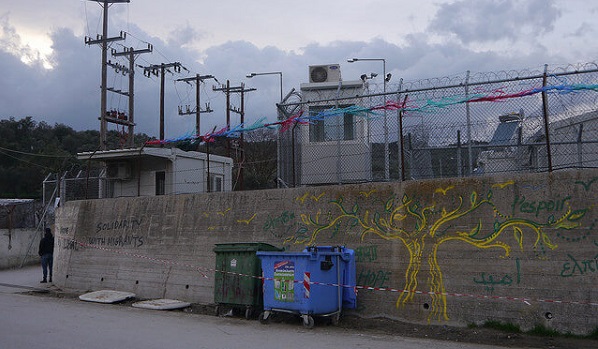 Portugal is set to receive 500 unaccompanied children from the Greek island camps, 18 are set for relocation to Belgium, and 52 vulnerable people stranded in Greece have been reunited with their families in the UK. MEPs call for the investigation into a fatal shooting at the Greek Turkish border. Authorities extend the lockdown of Greek refugee camps. Push-backs by sea reportedly continues.

Portuguese minister of foreign affairs, Augusto Santos Silva stated on May 12: “The commitment to take in 500 of the (over) 5,000 unaccompanied minors in camps in Greece remains and it will happen as soon as restrictions due to the pandemic allow us”. As urged by civil society Belgium also delivers on promises to provide relocation in the context of a call by the European Commission’s for the evacuation of 1,600 unaccompanied children from the overcrowded Greek island camps with 18 children set to arrive from Greece. A group of 52 vulnerable people stranded in Greece, among them several children, have arrived in the UK to be reunited with their families. The family reunification was made possible, despite flights being suspended between Greece and the UK since March, through the joint efforts of NGOs and British Labour Peer Alf Dubs. Further, following an intervention through the European Court of Human Rights (ECtHR) by Refugee Support Aegean (RSA), two unaccompanied children from Syria aged 12 and 13 will be transferred to a shelter for minors after over two months of confinement in unsafe conditions.

Reacting to forensic evidence suggesting that fatal shots killing one and wounding six at the Greek Turkish border were fired by Greek border guards, more than 100 MEPs are demanding a thorough investigation by the European Commission. In a letter addressed to President of the Commission Ursula Von der Leyen, Vice-President Margaritis Schinas, and Commissioner Ylva Johansson the MEPs warn: “If both the Greek government and the European Commission remain unresponsive to these allegations, we would witness an impunity which cannot be tolerated in a Union that is based on respect for the rule of law”.

Despite a gradual relaxation of Covid-19 related measures in Greece the migration and asylum ministry has extended the lockdown of facilities and camps hosting asylum seekers until 21 May. While in total Greece has seen 2,710 cases of coronavirus causing 151 deaths only two cases have so far been reported in the Aegean island camps, both arrivals from May 6 and currently quarantined camp in Megales Thermes on Lesbos. Several hostels and camps on the mainland have been locked down since April after residents tested positive.

Following other recent incidents, the NGO Alarm Phone warns that violent push-backs by sea from Greece continue and has become “routine”. A vessel carrying migrants on its way to Lesbos was attacked by “a grey-white vessel without a flag but with Greek alphabet” and left adrift and without fuel. Alarm Phone stated: “This is not the first time that we have seen such violent actions used to prevent boats from reaching Greece. The Greek Coastguard systematically attacks migrant boats, as we documented in March 2020. We fear this is the new norm in the Aegean.”

NGOs working to protect the rights of asylum seekers and refugees are facing increasingly difficult working conditions due to a recent law with amendments to the controversial International Protection Act and a Ministerial Decision from March. Strict conditions are imposed for registration of NGOs and registration of NGO members, staff and volunteers in two separate registries.

Upon request from Greece via the EU Civil Protection Mechanism, Czechia, Denmark, France and the Netherlands have offered customised containers for shelter and medical care for refugees and migrants in Greece at risk of coronavirus.