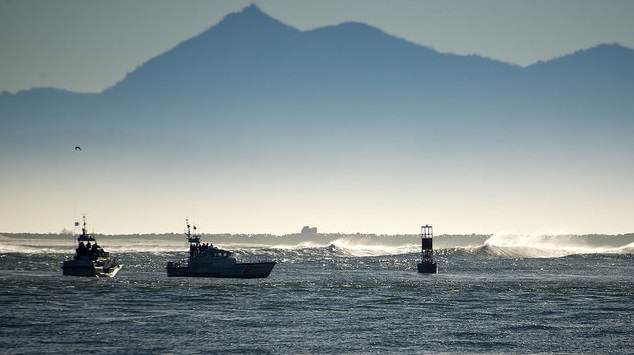 Three nationals of Syria, Germany and Greece, have been arrested in Lesvos, after an investigation by the Greek authorities implicating 30 people in all in a criminal case of facilitating entry of third-country nationals. The three are associated with the organisation Emergency Response Centre International (ERCI) that has issued a press statement denying the allegations.

The criminal investigation was launched in February 2018, after the Greek authorities located a vehicle with forged military license plates in the town of Mitilini and arrested two foreign nationals. The two activists were immediately released in February, but were again arrested last week as the initial investigation came to an end. The authorities claim to have uncovered a network of 30 people, who allegedly facilitated the arrival of refugees from Turkey to Greece, by intercepting Coast Guard radio frequencies and not disclosing information on imminent arrivals.

The three that were arrested are associated with ERCI, a Greek non-profit organisation that offers humanitarian assistance in a variety of emergency response areas, including search & rescue, as well as medical care and education. After denying the allegations the organisation clarified that several of the 30 people under investigation were working for different NGO’s.

The Syrian volunteer arrested is Sarah Mardini, a refugee who made headlines in 2016, when she and her sister swam 20 people to safety, after the engine of their dinghy failed three hours away from the coast of Lesvos. She is a scholarship recipient of Bard College Berlin, while her sister, Yusra Mardini, participated in the Rio 2016 Olympics with the refugee team, and is now UNHCR’s youngest goodwill ambassador. “We are in close contact with Sara’s legal counsel and these charges seem more about halting the operations of the NGO in question than about any actions of Sara or her fellow volunteer”, the Managing Director of Bard College Berlin has said.

In May five aid-workers three Spanish firefighters and two Danish volunteers, who faced similar criminal charges in 2016 but were acquitted by a Lesvos court in May 2018. The firefighters’ legal representative is currently offering legal assistance to the two foreign detainees and has stated that “For me, this is clearly a case of criminalising help given to refugees”.