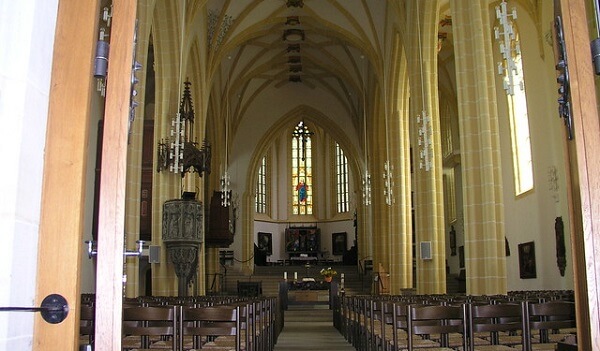 In the first quarter of 2019, Germany recognised only 2 out of 147 cases of “church asylum”. MPs and inter-faith associations fear the disappearance of the humanitarian practice and attribute the stark decrease to stricter criteria of the Federal Office for Migration and Refugees and (BAMF).

In Germany, “Church asylum” is the temporary sanctuary offered by religious institutions to people facing deportation to protect them from undue hardship. The cases mostly concern transfers to another European country under the Dublin III Regulation, where people may not receive adequate support, experience homelessness and are at risk of inhuman and degrading treatment.  Upon granting temporary sanctuary to a person, the parish submits a request to the BAMF to process the asylum claim in Germany.

In its response to a parliamentary question by Die Linke, the German left party, the German government states that in 2019 until May only 1.4% of the parishes’ request have been accepted, a further increase from 2018, when 14% (77 out of 570) were accepted. According to an open letter by the ecumenical network Asylum in Church, the acceptance rate before 2016 was as high as 80%. The letter attributes the substantive drop to a change in internal criteria by the BAMF upon analysing exemplary BAMF’s rejection letters for people who are suicidal, victims of trafficking, demented elderly people.

The ecumenical network Asylum in Church urges the conference of interior ministers to reassert the purpose of the original agreement between churches and BAMF and, together, seek humanitarian solution in cases of undue hardship.

In light of the new data Ulla Jelpke, MP from Die Linke, comments that Church asylum has virtually ceased to be recognised and is used to make an example to discourage parishes and those they are protecting, in absolute contradiction with Christian values.

New rules of procedure introduced in 2018 consider a person in church asylum “absconded” if certain procedural standard are not met. In these case, the maximum period for the implementation of a Dublin transfer can be extended from 6 to 18 months.