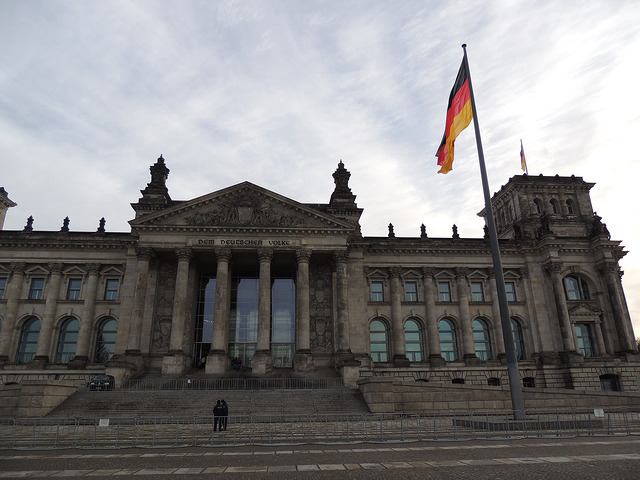 Following an emergency meeting between the German Chancellor Angela Merkel (CDU) and the Interior Minister Horst Seehofer (CSU) on Monday and further discussions with the coalition partner SPD, a compromise for strict measures against refugees and migrants arriving in Germany through the Austrian land border. The negotiations followed Seehofer’s announcement of his intention to resign from the Cabinet due to the government’s inability to secure a satisfactory EU agreement on reducing migration at last week’s European Council meeting.

The plan clarifies that Germany will not unilaterally prevent people from seeking asylum at its borders and will focus on speeding up the application of the Dublin Regulation to return people to countries they have previously entered or sought protection in – Germany has issued 26,023 requests to other countries and transferred 4,092 persons under the Regulation in the first months of the year. This is to be done through “transit processes in police centres”, involving either the transit zone of Munich airport or, if asylum seekers cannot be transferred there, processing by the federal police at their existing facilities at the border.

The implementation of the plan remains unclear. The police is not competent for conducting the Dublin procedure, which lies entirely with the Federal Office for Migration and Refugees (BAMF). Following questions against reported incidents of police authorities directly returning asylum seekers to Austria in 2016, the German government clarified at the end of 2017 that Dublin procedures at the border are only carried out by the BAMF.

The previous version of the plan, endorsed on Monday by the CDU and CSU, would foresee the creation of “transit centres” near the border where newly arrived asylum seekers would have their claims processed expediently. Further details on those centres remain unclear and debated, however. The Austrian Federal Government in response to the German plan issued a joint statement announcing that it is preparing measures to protect its southern border.

The term “transit centre” is not new to Bavaria. Following a 2017 reform enabling Federal States (Länder) to oblige asylum seekers to stay in an initial reception centre (Aufnahmeeinrichtung) for a period of 24 months, Bavaria introduced three so-called “transit centres” (Transitzentren) in Manching/Ingolstadt, Regensburg and Deggendorf to accommodate asylum seekers with an allegedly low prospect of being granted a right to stay in Germany (Bleibeperspektive) for the entire asylum procedure.

The existing Bavarian “transit centres” were also seen as a blueprint for the arrival, decision and return centres (AnkER-Zentren) debated by the German government throughout 2018.