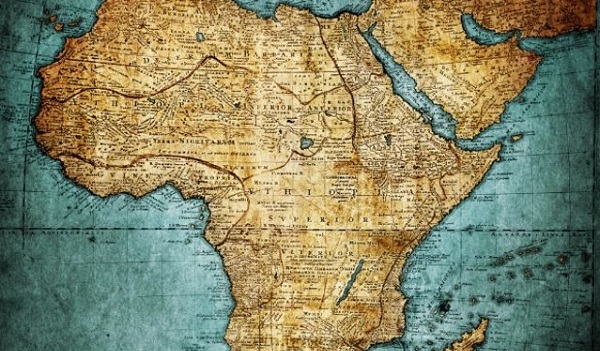 ECRE has become increasingly concerned about the impact of Europe’s toxic migration control policies on other regions, including Africa. As European and some EU policy-makers clamour to make migration deals with African governments, to get them to prevent migration, to contain people or to accept back their own or other countries’ nationals, all the signs were of limited gains and significant negative effects. To find out more about what’s going on, ECRE commissioned a set of papers from civil society representatives across Africa, published today. The authors will also be participating in events in Brussels to meet policy-makers to share more of their analysis.

The papers confirm negative trends, including the capture of external policies and the diversion of funds so they are focused on Europe’s migration control objectives rather than their original objectives which might be in the interest of populations in Africa, such as security, development, trade and so on. The papers also show, however, that Europe can have a positive impact on the rights of refugees in African countries, such as supporting the right to work or free movement rights.

As Europe and Africa negotiate a new phase of “partnership”, with both the Cotonou agreement and the Joint Africa-EU Strategy to be replaced, it is crucial to move away from what one of the authors describes as the “asymmetrical” approach of recent years, one based on Europe’s immediate interests, not on Africa’s long-term interests, whereby the tiresome focus on return and readmission means that other elements of migration cooperation are neglected. There are some ominous signs: talk of “migration centres” and the “whole of route” approach (a new European way to divide Africa based on routes towards Europe, an echo of previous ways it sliced up the continent).

On the other hand, more and more assertive African stakeholders, including civil society, are proposing alternatives and expressing their own demands, such as limiting deportation and supporting regularisation. The papers ECRE publishes today are full of policy recommendations which set out an alternative approach. Any cooperation between Africa and Europe will include migration but it should focus far more on other issues: African-led efforts on security and economic growth; mutually beneficial cooperation. Europe should not play the role of saviour offering “help”; it also has interests and much to gain from a fair partnership with Africa.

One of the greatest ironies of Europe’s current approach on migration is that it has abandoned its values to pursue a strategy, which is not in its interests either. The analysis here shows how so many of its actions are counter-productive, as in some countries they involve cooperating with corrupt and repressive regimes, themselves the source of displacement – and untrustworthy partners in any case, taking Europeans’ money with one hand and smugglers’ with the other. In other cases, Europe’s actions appeared to be disrupting regional migration, necessary for people’s livelihoods. Elsewhere, Europe diverts the attention and resources of democratic governments by imposing its agenda rather than following the priorities of these leaders and their people. It strengthens the hand of smugglers because restrictive measures – far from “destroying the smugglers’ business model” – increase their prices and demand for their services – while also attracting even more dangerous organised criminal groups into the business. The agenda of some of our politicians based on preventing migration and perpetuating racist panic about demographic change is self-destructive.

With African NGOs, ECRE seeks to influence EU-Africa policy and programming. It is clear that migration will be part of the Communication on EU-Africa relations and future EU-Africa strategy. Policy alternatives are presented here: mobility through a massive expansion of safe and legal migration for those seeking protection and for other migration; policies that focus on addressing the causes of forced displacement – repression, persecution, injustice, poverty, inequalities between continents, the absence of security and development. Ultimately, Europe needs also to deal with its role in generating displacement rather than punishing people for moving.

The new Communication on EU-Africa relations was scheduled to come out before the EU’s Asylum and Migration Pact; that’s partly because the EU continues to look outside to deal with its responsibilities, as ECRE has commented before. The two policies could be linked in more positive ways: don’t just support increased mobility within Africa – support mobility between Africa and Europe; apply measures to realise refugee rights in Europe as well as supporting them in Africa, for example through access to employment and freedom of movement across Europe (for instance through the simple step of mutual recognition of status);  fill the implementation gaps in Europe’s asylum system while supporting African countries to develop their own systems. Partnership means respecting the rights and interests of both partners, not imposing the agenda of one side. Europe also needs Africa in multiple ways, not least to call out its damaging policies of recent years. Let’s work together on mutually beneficial alternatives.

Editorial: Catherine Woollard, Director of the European Council on Refugees and Exiles (ECRE).