France: NGOs Urged Sanitary Measure to Protect Those Stuck in Calais and Grand-Synthe 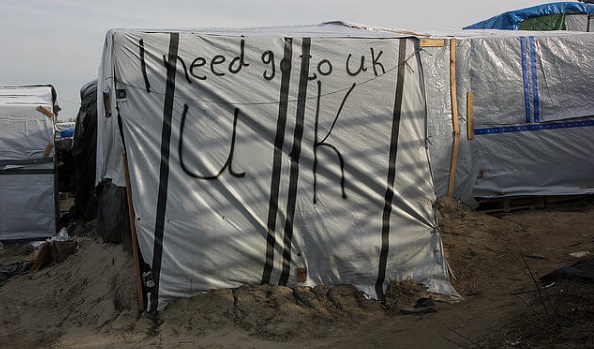 On 16 March, 24 NGOs sent an open letter to the prefects and the mayors of Calais and Grand-Synthe to demand urgent measures to address the sanitary crisis at the border between France and the UK and protect the people stuck there from the COVID-19.

Despite a recent assurance from President Emmanuel Macron, that the care of vulnerable people is a priority during the COVID-19 crisis, asylum seekers stuck on the French coast in Calais and Grand-Synthe remain exposed. According to an open letter from organisations working in the informal camps: “the situation of exiled people is unspeakable: lack of accommodation, cold, humidity, stress, fatigue, crowding together in light tents, daily expulsion from places of life, deplorable sanitary conditions.” The organisations demand the right to shelter and housing, decent living conditions, food distribution and improved sanitary conditions.

Civil society organisations are facing difficulties in providing a minimum of aid to people, due to the closure of day centres and the drop in the number of available volunteers. Juliette Delapace, project manager of Caritas France, commented the closure of their centre in Calais: “Now we have had to close the hundreds of people we give somewhere warm and safe to stay for a few hours really have nobody to help them and nowhere to go. (…) They can’t even call the emergency services because to do that you need to be able to charge your phone”.

On 23 March, the mayor of Calais, Natacha Bouchat, announced the decision to set up a closed system for the reception and confinement of migrants. The centre was to be based in the region of Hauts de France, far from Calais and Grand Synthe, keeping people away from the border. At the moment, about 800 people are estimated to live in Calais camp.