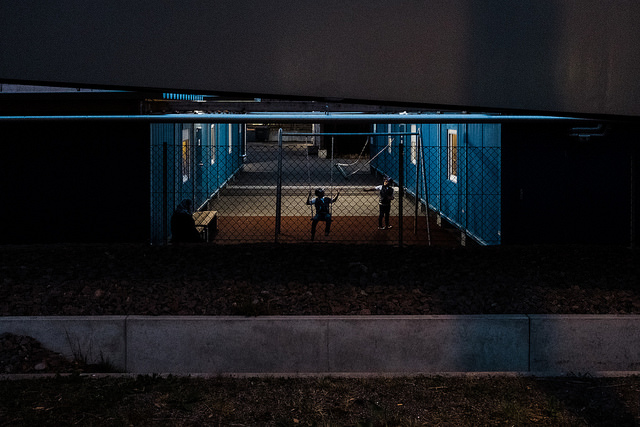 A total of 46,857 persons were placed in administrative detention in the course of 2017, of which 25,274 were detained on the mainland. Northern France accounts for the majority of detention orders, with 4,268 issued by the Prefecture of Pas-de-Calais, followed by the Prefectures of Paris (3,449) and Nord (1,519). The number of children in families detained also rose in 2017 to 304 children on the mainland, compared to 179 in 2016. Children were mostly held in the CRA of Mesnil-Amelot (121) and Metz (162). Another 2,493 children were detained in Mayotte.

The organisations monitoring detention have documented several cases of asylum seekers unlawfully detained in CRA such as Toulouse and Paris-Vincennes while awaiting the registration of their application by the Prefecture “single desk” (guichet unique). Detention therefore remains a critical consequence of persisting obstacles to access to the asylum procedure in France.

The report also provides details on detention conditions across the different CRA. Conditions remain worrying in the CRA of Nice and Marseille. Tensions and a deterioration of living conditions were reported in Perpignan due to an increase in the number of detainees. In Oissel, incidents of police violence, harassment and abuse have been reported in 2017.