EU-Western Balkans Summit concludes with a focus on stemming migration 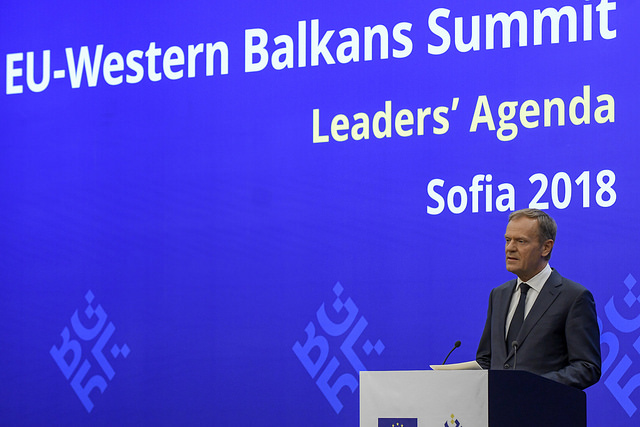 On May 17 EU leaders and their Western Balkan counterparts gathered in Sofia, Bulgaria for the EU-Western Balkans Summit. The talks concluded with the Sofia Declaration, which established further cooperation in a number of areas, including migration where the emphasis was on stemming illegal migration – leaving out any references to rights or protection.

ECRE, alongside 19 other organisations, released a joint statement ahead of the summit calling on EU Heads of State and their West Balkans counterparts to address several key concerns and recommendations. These include; respect for the right to claim asylum; humane border management and support for victims of trafficking; safe and regular pathways; funding for humane and fair asylum systems and integration; protect civil society organisations working with refugees. However, the declaration fails to address refugees, the right to international protection, or human rights for migrants.

Article 10 of the declaration reads, “The EU and the Western Balkans partners share many security challenges that demand coordinated individual and collective action. When we work together, we are able to address these challenges effectively. Our cooperation in stemming illegal migration flows has demonstrated its value and will be developed further.” The annex reiterates this, with migrant smuggling, migration and border management listed under the Sofia Priority Agenda, promising to enhance cooperation in these areas, including through EU liaison officers.

The emergence of the Balkan route in 2015 is a clear reminder of the region’s importance to the EU, particularly with regards to border control. Yet security has come at the expense of human rights and at times lives of those attempting to reach Europe, such as the case of Medina Husseini, the 6 year old girl who died after her family was pushed back at the Serbia-Croatia border. A paper by the EU agency for Fundamental Rights (FRA) in February highlights access to territory as a persistent challenge.

Following the summit the President of the European Council, Donald Tusk, remarked, “Today we reaffirmed our mutual commitment to the European perspective for the whole region. As I said during my recent visit to the region, the European Union is and will remain the most reliable partner of the entire Western Balkans.” The next Western Balkans summit will take place in London in July.