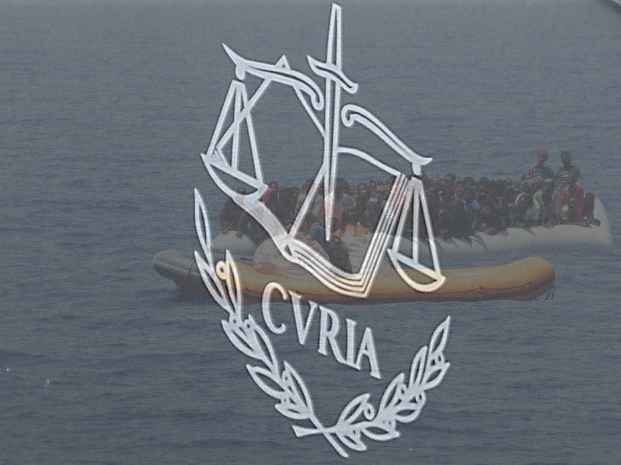 Against the recommendations of the Advocate General of the European Court of Justice, Paolo Mengozzi and based on a technicality the court left the responsibility for granting humanitarian visas with Member States.

Despite the clear and immediate need of protection and against the opinion of the Advocate General of the European Court of Justice, Paolo Mengozzi, a Syrian family from Aleppo will not be granted humanitarian visas to Belgium under EU law. The European Court of Justice ruled that the intention to apply for asylum immediately upon arrival in Belgium means that the humanitarian visa application cannot be classified as a short term visa under the EU Visa Code. Moreover, so far no EU legal instrument has been adopted with regard to the issue by Member States of long-term visas and residence permits, although the Treaty provides a legal basis to do so. Therefore the case does not fall under the scope of EU law and remains a question to be decided by national authorities.

“This is a highly disappointing ruling from the Court, it does not address the essentials of the case – the access to humanitarian visas and the protection of a Syrian family caught in a war-zone in dire circumstances. Nonetheless, it is important to remember that it is a technical ruling placing the responsibility of granting humanitarian visas on the Member States – we strongly urge them to do so. They have a range of tools at their disposal including resettlement, private sponsorship as well as humanitarian visas. We all know the consequences of a lack of safe and legal access leaving the asylum seekers in the arms of human smugglers or at the mercy of the Mediterranean,” says EDAL Coordinator for ECRE, Amanda Taylor.

Although the ruling leaves the responsibility of granting humanitarian visas with the Member States it does not address or affect their responsibility according to international and national law in evaluating future cases.

“International and national law still applies of course and this means that Member States will have to ensure that no asylum seeker can be exposed to inhuman or degrading treatment, for example. We expect all Member States to honor their commitments whether anchored in international conventions or national constitutions,” says Amanda Taylor.