Editorial: EP Election 2019: Voter Turnout is the Key to an Open Europe 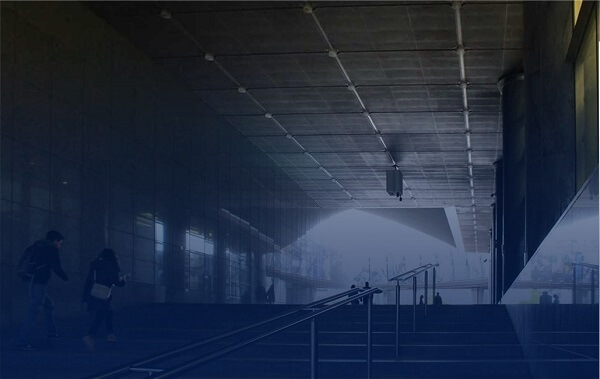 With the European Parliament elections fast approaching, this week ECRE launched the latest phase of our EP 2019 Campaign. This is communications work focused on mobilising our supporters to vote, through explaining the important role played by the European Parliament in defending the right to asylum in Europe under the hashtag #YourVoteOurFuture. Our campaign also includes advocacy to influence parties’ manifestos and more advocacy will follow post-election on Parliament’s role in the Commissioner hearings and on the divvying up of Parliament roles.

Members of the European Parliament (MEPs) sit in political groups based on the affiliations of their national parties, with these groups ranging from the extreme right to the extreme left and covering every political tendency in between. For those who believe in human rights including for refugees and migrants, the fear is an increase in the power of the anti-migration, anti-refugee (and often anti-EU), far right in the next parliament, which will sit from 2019 to 2024 – and voter turnout is key.

Contrary to what we hear too often the European public has not become more opposed to migration or to hosting refugees since “the crisis” of 2015/2016. The lead authority, OPAM, the Observatory of Public Attitudes to Migration, analyses the evidence from across Europe, concluding that, if anything, the European public has become more positive towards migration, with a majority holding positive views and a majority also believing that borders should not be closed to refugees.

What has changed, however, is the salience of the issue and the public’s assessment of governmental and EU responses. Migration is considered more important as an issue, with some countries showing a dramatic increase in saliency. Data on saliency can be interpreted in different ways, however. Is it not possible that those who are positive about migration (the majority) also consider it an important issue for the EU?

Similarly, the polls showing that the European public consider that migration has been poorly managed can be interpreted in different ways. Often the conclusion drawn is that the public is critical of the response to migration and “therefore harsher measures are needed”. One reason for this conclusion is that the public is more approving of the response in certain countries where the political approach was a hard anti-migration and even anti-refugee stance. Policy-makers then assume that in other countries a tough response will also meet with the public’s approval. But this is to impose too many interpretations on the data.

In the last three years (at least), most European governments and the EU itself have implemented restrictive policies limiting the right to asylum and/or engaged in hostile rhetoric on migration. If a public that is generally positive about migration and supporting refugees is critical of its government’s hard response, does that mean they want even harsher policies? Perhaps but perhaps they actually want different policies, less panic, more efficiency, more fairness, fewer people drowning and the range of other positive alternatives that have slipped off the agenda in most countries – with notable exceptions such as Portugal or Scotland, where politicians still argue in favour of migration. These are also countries where public opinion remains positive or unconcerned about the issue, which takes us to the murky question of causality.

The minority of countries where the public is strongly hostile are countries where there are far-right parties in government. And the polls don’t tell us about the direction of causality. Public opinion is also shaped by governments pumping out xenophobic propaganda, particularly where there is no independent media and civil society is under attack. There are also extremist parties in government that deliberately mismanage asylum and migration to stoke public opposition (see the current dismantling of the Italian asylum system or the smaller scale mess in Belgium, now being mitigated after governmental changes).

Projections for the election do not show a “huge wave” of support for the extreme right. Their overall voting share and number of seats will not change dramatically (although any increase will of course be presented as a “victory” by the media). At the last EP elections in 2014, the far right was the largest party in two countries (France and the UK), this time it will be one country: Italy. (Although the situation is complicated by Hungary, which should probably be counted as a second). The departure of the UK means that the far right group will lose out due to the departure of UKIP. Overall, there is likely to be a pro-EU non-extremist majority.

However, there are so many uncertainties and risks that voting is essential. First, there are large national parties which are not yet aligned to a European political group or may shift allegiance. These include: La République en Marche – will it join ALDE, the liberal group, or not? Where will Movimento 5 Stelle and Syriza end up? What will happen to the Eurosceptic nationalist grouping the ECR without the UK? Other questions include, how big will the Green wave be?

On the nationalist rightwing side, what will happen to the ECR group when the UK is out? Will the Polish PiS (Law and Justice) keep it running or will they move to another group? Will Fidesz remain part of the EPP, or will it finally end the embarrassing strategy of appeasing Orbán? Will the extreme right be able to form one group or remain divided across two or three?

For the Parliament as a whole, three or even four political groups will be needed to form a majority due to shrinking vote shares, thus deal-making will be key and the Spitzenkanditaten system is probably dead. The trade-offs and coalition building after the election will determine the more important question of who gets the three big EU jobs, rather than it being directly linked to voting percentages. The likely outcome here is an ALDE-EPP-S&D deal which sees Vestager as Commission President, Timmermans as HR/VP, and the EPP taking the Council Presidency (probably not for Manfred Weber, the group’s candidate for the Commission Presidency).

As ECRE has previously explored, the increasing political fragmentation in Europe can play into the hands of far right parties. With more parties each with lower shares of the vote, a party with 15% can be the winner. Turnout becomes even more important when margins are slim, particularly in countries with traditionally low turnouts for the EP elections. Mobilising a relatively small percentage of the population counts.

All these factors show the usual complexity of the politics of asylum and migration, a picture that is not captured by the simplistic generalisations that we frequently hear, that “the public doesn’t want migration or refugees” or that mainstream politicians “don’t speak enough about migration”.

ECRE’s overall recommendations for the elections are set out in its previous “Nine Suggestions for Countering the Far Right”. In short, the issue of migration is salient, it is important to people so politicians should not shy away from addressing it but they have to do that in a responsible way which does not promise false “solutions” or reinforce the fear and hostility that in turn fuels the far right. They should also – please – talk about all the other issues that the European public cares about, so that other segments of the population are motivated to vote.

It is good to see at least some political groups taking advantage of the positive view of the EU always revealed by opinion polls (with the recent Eurobarometer showing the highest popularity rating for the EU since 1992 and a strong majority agreeing that their country benefits from EU membership). Unfortunately, trust in the EU remains low – but in every country trust in national politicians is lower still. Hopefully, the new batch of leaders will face up to their responsibility to develop new approaches to asylum and migration and the public debate, rather than absorbing the politics of the far right. We are likely to see mainstream parties punished again for this self-defeating strategy in May. For those who support human rights of all, including the right to asylum and the rights of those on the move, our first responsibility is to vote.