Effects of new Bosnian route being felt in Slovenia* 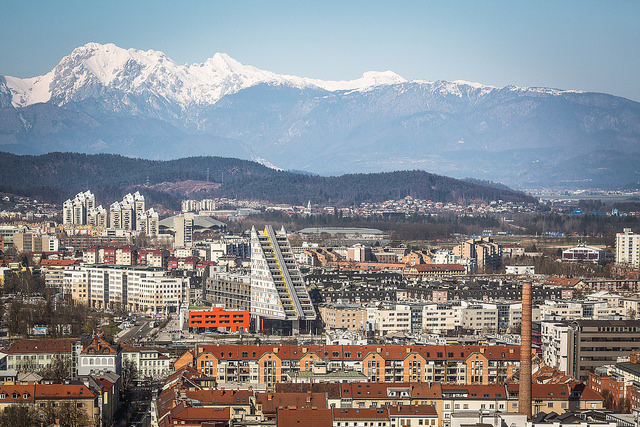 Conditions for asylum seekers are deteriorating against the backdrop of increasing numbers of arrivals in Slovenia. According to the Slovenian Police, increasing transit through Bosnia and Herzegovina to Croatia and then to Slovenia is one of the factors accounting for the rise in arrivals so far in 2018.

In the first four months of the year, the Slovenian Police apprehended 1,226 persons for irregular border-crossing, a substantial (280%) increase from 322 apprehensions during the same period in 2017. A rise in asylum applications has also been reported, with 798 registered in the four months of 2018, compared to 1,476 in the entire year 2017. The increase in asylum applications has largely affected reception conditions in the Asylum Home, the facility in Ljubljana where newly arrived people are placed and undergo registration. More persons are being de facto detained in the pre-reception area of the Asylum Home and face substandard conditions due to the overcrowded  facilities.

The Slovenian Government Office for the Support and Integration of Migrants is currently preparing a new contingency plan for responding to the higher number of arrivals, while the Migration Office is in the process of enlisting more staff for the purpose of processing applications. The already problematic length of the asylum procedure is likely to be exacerbated by the increase in applications.

Over a thousand people have irregularly entered Bosnia since the beginning of the year, the majority currently located in Sarajevo. Many persons have no access to accommodation and sleep rough without regular assistance and health care, the latter only being offered in the Asylum Centre in Delijaš. The Council of Europe Commissioner for Human Rights recently urged the Bosnian authorities to provide adequate accommodation and assistance to newly arrived persons, as well as to enable their access to the asylum procedure.

Bosnia announced a new action plan to deal with the situation, but the government and UN agencies have called for assistance from EU and Balkan states.  Peter Van der Auweraert, representative of IOM in Bosnia, said, “The people coming to Bosnia are trying to move from one EU country, Greece, to another one, Croatia, and then to go on from there. So clearly this affects the EU and needs to be dealt with by the EU and the western Balkans jointly. This cannot be resolved alone by Bosnia or Serbia.” Meanwhile neighbouring Serbia has seen the lowest number of arrivals since 2015.