Editorial: Wait… are we the baddies? Something Rotten in the State of Denmark 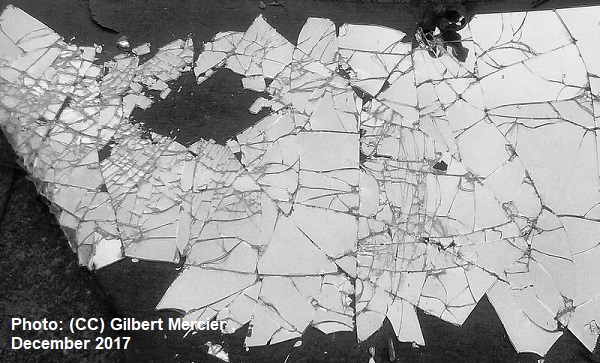 Many useful internet sites help users answer questions about their moral positioning. Although often light-hearted, they serve a valuable function in enabling impartial assessment of the ethics of past and potential action, including the “Am I the a***hole?” series, where people write to describe situations in which they felt that they might have been in the wrong (and respondents often conclude, that yes, in fact they are the a***hole) or the many popular memes that show people coming to the realisation that they are the bad guys – “wait… are we the… the baddies?” That takes us to the events of the last two weeks where certain European countries should be asking themselves whether they are the bad guys when it comes to asylum policy.

In the area of refugee rights, there are multiple contenders for the Top 5 worst offenders:  is it the country letting people drown in the sea; is it the country refusing to letting lone children re-unite with family members 30 miles away; the country starving asylum-seekers and attacking them with dogs; the country beating them back at borders; seizing them at night and putting them in boats; allowing them to be raped by border guards, and so on?

In this rather grim context, Denmark vies for the top spot in the list of bad guys, and often does so deliberately and proudly, in order to – supposedly – deter people from going there. From the notorious threat to take jewellery from refugees, to the “zero integration” policy, to now, a new low: the plan to send refugees back to Syria – not eventually, not when it is safe, not once the Assad regime has fallen or been constrained by a “peace” agreement – but now. It has started to revoke protection status and to detain people in preparation for their return to Syria, specifically to the regime-controlled greater Damascus area which it (alone) considers to be safe. Hundreds of people are already affected and the policy is causing immense anxiety and distress among Syrians in Denmark and elsewhere in Europe.

This was always its plan and was the reason for the use of the temporary protection status, part of the alarming trend across Europe, which ECRE has condemned, to grant inferior (in the sense of rights afforded) and more precarious (in the sense of duration and grounds for cessation) protection statuses to Syrians, despite UNHCR’s continued assertion that this is a refugee situation and that the “vast majority” of people who have left Syria fall under the 1951 Convention, and should thus be granted refugee status, rather than subsidiary or other forms of protection. It has just reiterated that Syria is not safe for multiple reasons, violence and persecution-related. Although Denmark opts out of much of the Common European Asylum System (CEAS) it is bound by international law and domestic legal obligations. Nonetheless, it is stripping people of protection and detaining them, ready for deportation to Syria.

For Denmark itself and countries seeking to emulate it, ECRE has compiled this handy list of eight signs that, yes, you really are the baddies.

You are likely to be the bad guys and on the wrong side of history, not to mention humanity when…

… 1) when your only ally is Viktor Orbán.

The Hungarian government also considers that the Damascus area is safe for all Syrians (although even its packed courts don’t always agree). But the Hungarian government does not believe in refugee protection and does not believe that Syrians are refugees. It is in deliberate, flagrant violation of EU and international law – and it doesn’t care. It maintains unlawful detention and had in place a policy of starvation of asylum-seekers until struck down by the CJEU. It is a country which is no longer a democracy and where rule of law is not respected. Thus, Denmark shouldn’t really refer to Hungary on questions of interpretation of law. Unfortunately, Hungary does refer to Denmark to justify its harsh approach.

… 2) when an international mechanism has been set up to deal with the most serious international crimes in the country to which you want to deport people.

And that mechanism, the International, Independent and Impartial Mechanism to Assist in the Investigation and Prosecution of persons responsible for the most serious crimes under International Law committed in the Syrian Arab Republic since March 2011 (the IIIM), is currently examining millions (literally) of documents of evidence of the most serious international crimes to support prosecution. (And the main perpetrators are in power and controlling the region to which you plan to send people.) While a probable Russian veto precludes an ICC investigation (which requires UNSC referral), the IIIM was created to support accountability and justice. In addition, countries with the power to do so, are using the concept of universal jurisdiction to try people for international crimes in national courts, with the first conviction handed out in Germany.

… 3) when your policies primarily target women and the elderly (and your own children).

Men of conscription age have generally been granted refugee status in Denmark, while the temporary protection status has been granted to women and to the elderly, and these are thus the groups who are first in line for deportation to the Damascus area. For the purposes of asylum law, international law and national law, these are groups who are considered among the most vulnerable and thus usually afforded additional protection. In relation to the violence in Syria, the government is also under attack over its treatment of Danish children stuck in camps, see below.

… 4) when you put skilled healthcare professionals in detention and rob them of the chance to work – in the middle of a health emergency.

A prominent case in Denmark involves Syrian soon-to-be nurse, Faeza Satouf, who has spoken out across the Danish media (in Danish, which she speaks fluently unlike many European foreigners in Denmark) about her detention in preparation for deportation, illustrating the self-defeating aspect of the policy. She is one of many skilled people, who have been trained before and in Denmark. Protection does not depend on what someone has to offer, however, the situations begs the question: is this really in Denmark’s own interests? A country where the net contribution of immigrants – those with a refugee background and others – is immense and well-documented.

… 5) when 11 of the 12 experts who prepared the analysis on which you are basing your policy denounce you and the misuse of their evidence (and the one who continues to support you is a General in the Syrian Army, the regime’s army).

The Danish government is partly basing its conclusion that Syria is safe on reports commissioned. Almost all the experts consulted have publicly spoken out and condemned this use of their work and releasing a joint statement including the following conclusion under the headline ‘Denmark: Flawed Country of Origin Reports Lead to Flawed Refugee Policies’ “We, the undersigned analysts, researchers, and other experts on the Syrian context, strongly condemn the Danish government’s decision to remove “temporary protection” for Syrian refugees from Damascus. This decision used our testimonies to the Danish Immigration Service for a country of origin (COI) report on Damascus, but we do not recognize our views in subsequent government conclusions or policies, and neither do we consider that Denmark’s Syrian refugee policy fully reflects the real conditions on the ground”.

… 6) when the hardened, indeed jaded, correspondents of all major international media outlets report on what you’re doing with a palpable sense of disbelief.

The action of the Danish government has been extensively covered in the international media; it is also coming up in press conferences on each and every asylum and migration topic. Journalists covering migration have seen a lot in recent years, up to and including witnessing death and extreme suffering caused by the acts or omissions of European states. Even they seem shocked by Denmark’s policies. A sample

… 7) when one after another your ministers are summoned to Parliament to explain themselves.

A backlash is taking place in Denmark, with public and political protests, and the government under pressure. The entire education sector has spoken out, as well as business leaders, opposition, and ordinary people. While perhaps the most egregious of the government’s plans is on the deportations to Syria, it is also under attack for its totally unfeasible plans to establish external processing centres for asylum claims, and over its refusal to repatriate Danish children currently in prison camps in Syria. This is despite other European governments deciding to accept their child nationals, for humanitarian and security reasons, and receiving support rather than approbation for it. The Danish Parliament has summoned all ministers concerned in these various scandals to hearings, the strongest tool it has at its disposal.

… 8) when the UN agency with the mandate to protect refugees – which you fund – denounces what you are doing.

UNHCR “maintains the moratorium on forced returns to Syria” and “UNHCR continues to characterize the flight of civilians from Syria as a refugee movement, with the vast majority of Syrian asylum-seekers continuing to be in need of international refugee protection”, fulfilling the requirements of “the refugee definition in…  the 1951 Convention.”

Denmark has opted out of much of the CEAS but has still faced blunt criticism from Josep Borrell, the EU’s High Representative for Foreign Policy, who states that Syria is not safe for return, as does Commissioner for Home Affairs, Ylva Johansson, who has “raised concerns” with the Danish Government, and urged it to listen to UNHCR and EASO. Members of the European Parliament have also sent a letter to Denmark expressing their concerns. The list goes on.

It is hoped that the political storm engulfing Denmark will deter other EU countries from considering wildly premature forcible returns of people to Syria. A real fear is the impact on the neighbouring countries, Jordan, Lebanon and Turkey, each of which host far, far more of the people displaced from Syria. When Denmark, like other European avoiders of international obligations, opines that protection should be “in the region” it demonstrates an apparent inability to read basic statistics. Protection IS in the region – overwhelmingly so. For the Syrian displacement and every other major displacement crisis, people are being hosted mainly in neighbouring countries, i.e. Denmark: population 5.8 million hosts 35,000 refugees from Syria; Lebanon: population 5.9 million hosting 1.5 million refugees from Syria.

European countries need to get real and focus on durable solutions for the people from Syria that they host – that is not voluntary return and certainly isn’t forced return. In most cases, it will be local integration and that starts with secure legal status and naturalisation. Those considering following Denmark might read the signs and decide whether they want to be on that side of history. The wrong side.