Editorial: Strategic Destitution and the Politics of Migration 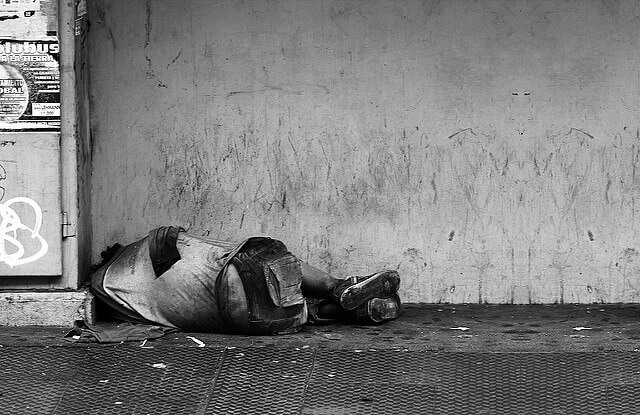 The news from Italy this week is of the destruction of an informal settlement, housing 1500 people and in place since 2010. There are many troubling elements of the story, and not least the nexus between migration and labour exploitation (those of us eating Italian salad for lunch might take a moment to reflect). Another element that resonates beyond Italy is the use of destitution to serve political and economic purposes.

Barely a week passes without a warning on the destitution faced by migrants within Europe, including those seeking asylum. This week Italian NGOs concerned about the fate of those evicted from the San Ferdinando settlement; last week NGOs in the UK reporting on research into destitution of rejected asylum seekers there.

In some cases, destitution results from particular asylum and migration policies but can be classified as a “regrettable” side effect, in the same way that all policies have some negative consequences. The tensions between certain types of migration policy – best termed “migration control” – and social and economic rights are well documented (see the work of Sarah Spencer for example).

Whether destitution is a price worth paying or whether these policies are effective or justifiable is debatable, however, they are still milder than policies which deliberately use destitution in order to achieve particular objectives, here termed “strategic destitution”. This implies the use of destitution as a tool, or as a means to achieve pre-determined objectives of asylum and migration policy, rather than being either an unpredictable result or an unintended side effect of such policies.

There are two contemporary examples of strategic destitution in action. The first rests on the pull factor theory. Harsh conditions are needed so that people are not attracted to particular countries, or to Europe as a whole, or so they don’t engage in “secondary movement”. Despite the lack of evidence for most commonly asserted pull factors, the theory holds policy-makers in a vice-like grip (see next week’s op-ed for more details). It is reflected in the CEAS reform proposals launched in 2016 and dominates thinking in certain countries, captivating politicians of all stripes. For the UK, the “hostile environment” strategy is associated with current Prime Minister Theresa May’s stint as Home Secretary but it was pioneered by the former Labour government from 2002 onwards (similarly it should be noted that settlements were also being dismantled during the tenure of the previous Italian government, although with less crowing on Twitter).

In a study from last year, ECRE used information from the AIDA database covering 23 countries in Europe to conclude that “the reduction or withdrawal of reception conditions is considered and used as a tool for immigration control”. The analysis showed that reception conditions are withdrawn arbitrarily or as a punitive measure, and assessment of the risk of destitution is often not carried. In a recent article, Ilker Ataç discusses the use of conditionality in provision of housing in Austria, the Netherlands and Sweden, referring to the wider trend of placing conditions on access to socio-economic rights and the link with the concept of deservingness.  Conditions might be reasonable but where they are not, then destitution results because people chose not to submit to the conditions and therefore cannot access their rights. For example, if accommodation is only provided in detention centres, people may chose not to take it up.

In practice, drawing a line between the deserving and undeserving is close to impossible, and to target measures only at the undeserving is impossible: the settlement cleared in Italy, like most informal settlements, squats, camps and sites of destitution, included people with a whole variety of migratory statuses – people with refugee status, “rejected” asylum seekers, unregistered persons, victims of trafficking, persons denied family reunion and so on.

Of course, the situation is complicated because migration intersects with wider questions of the welfare state and the generalised lack of socio-economic rights and consequent poverty that persists in parts of Europe. For example, when a wide section of the population has no access to decent housing it represents a more general societal problem and needs to be addressed as such, with measures that support social inclusion for all. Conditional access and consequent destitution may also apply to all. Where measures are targeted at particular groups of migrants then they are being used to achieve migration control objectives. The use of destitution also extends to intra-EU migration, with governments denying social assistance to certain categories of people exercising their freedom of movement, followed by linked deportation of the destitute. In these cases, there may be legal means of redress, however little is available to Third Country Nationals who fall outside the scope of EU anti-discrimination law. Recent developments in Europe demonstrate the emergence of a second form of strategic destitution, however. Italian NGOs have criticised the settlement clearance and related actions contained in the new migration laws as likely to generate social tension: but what if that’s the point?

The presence of people in situations of deprivation and destitution in public places – parks, train stations – can generate fear and hostility. It may also contribute to dehumanising trends and confirm the views of those for whom migration can only be a problem. Measures to limit integration support, to reduce social rights, to limit access to asylum procedures (which may be the gateway to reach material support), and attacks on NGOs supporting people in destitution, have recently been used by governments that include anti-migration parties. Beyond Italy and the UK, notable examples include Belgium (before recent changes), Denmark, Austria and Hungary.  In Germany, similar measures are under debate.

Rather than receiving criticism for mismanagement and neglect of the basic duties of the state, these parties bank on benefiting from the hostility and fear provoked by the humanitarian crises their policies generate, at least in the short-term (and which politicians use any other timeframe?). Destitution creates social tension and that consolidates their support. A win-win.

To prevent this strategic use of destitution, other parties must stop absorbing their narrative and policies and stop entering coalitions with them. Continued investment in social inclusion for all and the enabling conditions – legal framework, funding, political context – that facilitate inclusion are also essential.