Weekly Editorial: Only one thing is certain in Italian elections – migrants will not win 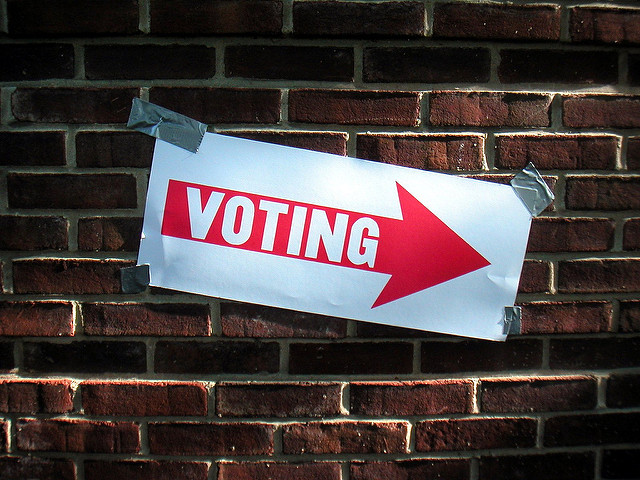 Italian elections taking place on 4 March look very unpredictable however, we can say for sure that migrants won’t be the winner. The largest “party” is likely to be Movimento Cinque Stelle (M5S) the anti-establishment outfit of Beppe Grillo, although Grillo himself has stepped back. M5S is an unpredictable force, a movement not a party, determinedly neither left nor right, struggling to govern at city level, less Eurosceptic than before, but still close to Russia. And all the while increasingly anti-migration.

Likely to be unwilling or unable to form a government it will probably give way to an uneasy, rightwing coalition of Berlusconi’s revived Forza Italia, Lega (no longer “Nord”) and Fratelli d’Italia, two far-right, strongly anti-migration parties. While Lega was always anti-immigration, it focuses more on the issue now rather than its “struggle” for separation of northern Italy.

With this line-up of parties, the ongoing dysfunction in Libya, and a shooting rampage targeting Africans, migration has been a major issue during the election campaign.

It would be wrong though to conclude that the leftist government is “soft” on migration and losing for that reason. Many issues are shaping voting choices, not least economic questions, and the left suffers as much from fragmentation and personality politics as anything else. But, more to the point, the government has hardly been soft on migration: it has taken measures which have been widely criticized by human rights organizations but praised by the right in Italy and beyond. These include restricting search and rescue efforts in the Mediterranean and activities and dodgy dealings with militias in Libya in order to prevent departures.

A sense of complacency may be setting in elsewhere in Europe: all the parties of the right and M5S have softened their anti-EU rhetoric; Berlusconi seems likely to install the more palatable Antonia Tajani, President of the European Parliament, as Prime Minister if his coalition wins; even if a government is formed it is unclear how long it will last; there is also a rather condescending view that this is the “usual” Italian political mess and that they won’t be organized enough to create trouble. But extremist forces in any government create major problems for EU policy-making, and the EU needs informal coalitions, such as the founding six, to resist the move away from democracy and European values that others are pushing, so it would be wrong to downplay the risks. And there are steps that outsiders could take.

First, quit blaming Italy for all Europe’s migration problems as Northern European political leaders are wont to do. There are multiple improvements to be made to the asylum system in Italy – this is for Italians to sort out, possibly with EU support (depending on what that entails). However, without a deeper reform of Dublin and a fairer system for allocation of asylum claims within Europe, the incentives for Italy to act are not obvious. The reform proposals actually increase the responsibilities of the countries of first arrival as ECRE has commented. The system itself is enough to create resentment and anti-EU feeling in Italy, never mind the blame. While solidarity remains elusive.

Second, step up collective European efforts in Libya – and not on migration. The actions taken by the Italian government look like desperate measures. They may have stemmed flows of people in the short-term but in the medium term they will contribute to more instability in Libya. Instead of allowing or leaving Italy (and now France) to engage in bilateral dealings with favoured militias, the EU needs to return to the kind of plans it had for Libya in 2011/2012 which never really came to fruition: support the UN to broker a peace agreement; invest heavily in state-building, starting with large-scale DDR to deal with the militia question, and followed by security sector reform; and support the Libyan people, through civil society support and development.

Finally, support the multiple, fruitful, exciting efforts for the inclusion of refugees and migrants that are taking place in Italy, including projects that combine efforts with support for other marginalized communities. Integration is not an EU competence but it exercises power through funding. As in other European countries, getting funds to those who do good, practical work is the best strategy. Invest in inclusion rather than the false promises of massive return programmes. (Berlusconi promised to return 600,000 people – at current rates it will cost €54 billion.)

Inclusion in Italy as elsewhere requires regularization – of work and of people. The EU has tools under development for tackling black market labour and organized crime’s exploitation of migrants; they should be rolled out. There have been huge strides in this area since Italy became a country of net immigration rather than emigration in the nineties: the EU could help consolidate these gains. As in many countries these days, it’s necessary to look beyond the central government for a realistic and progressive approach to migration. The taboo about discussing migrant work and legal migration must be broken.

Common cause between some of the sinister forces vowing for power in Italy and the extremists elsewhere in Europe will have serious consequences. The future of Italy is for the Italians to determine but the rest of Europe could be a bit more helpful. Instead we seem to be embracing a strategy that ignores the dysfunctions of the asylum system and increases the responsibilities of the countries of first arrival but in exchange allows them to do whatever it takes to prevent arrivals – regardless of efficacy and ethics.