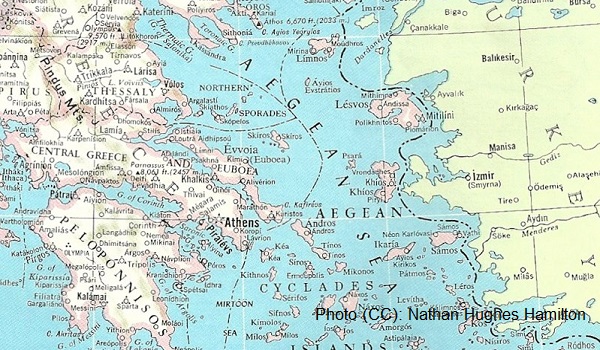 Five years after publication of the EU-Turkey statement, ECRE maintains its position that the Deal that lies behind it was unethical, illegal and unnecessary. There were alternatives at the time, such as rapid installation of a temporary protection regime, expanded relocation, and a scaled up, European operational crisis response. By opting for an approach based on denying access to protection in the EU to refugees, the Deal set the direction of travel for the next few years. Nonetheless, the attempts to codify in EU law and to replicate elsewhere the agreements with Turkey have encountered resistance from within and outside Europe, and have not progressed at the speed that proponents of externalisation in all its forms would like.

ECRE has consistently presented its alternative to both the status quo and the externalisation agenda epitomised in the Deal, including in the debate over the Pact, with our focus on making asylum work in Europe through investment and compliance with existing standards; expansion of safe and legal pathways for asylum and non-asylum migration; inclusion in Europe through rights, respect and regularisation; and external policies that tackle the reasons for forced displacement.

In the meantime, the predicted and inevitable negative consequences of the Deal for refugees have been well-documented, at least in Greece, but are seen as a price worth paying. The impact on Turkey, now the country that hosts more refugees than any other, and twice as many as the rest of Europe combined, are sometimes overlooked in an attempt at collective wilful blindness, as are the effects on Turkey’s actions at its border and in Syria, as well as on EU-Turkey relations, which have been fundamentally distorted by the EU’s dependence on Turkey that derives from the Deal. ECRE has tried to comment over the years on the multiple dimensions of the Deal, although open discussion can be hampered by the opacity of many elements of EU-Turkey relations, as well as the sensitivities arising from the need to maintain operational activities on all sides.

Opposition to the Deal has remained unwavering from refugees themselves and those working to defend asylum in Europe and the fair sharing of protection responsibilities globally. The support for it, however, has also continued through the change in leadership of the Commission and in some key European countries, often based on the false and self-justifying mantra that there was no choice. In Turkey, positioning on the Deal has become more complicated in the context of a serious deterioration of relations overall, where cooperation on this issue is at least smoother (at a technical level) than the increasingly conflictual or reduced contact on other issues. There are also positive contributions attributed to the Deal, such as funding and support to improvements in the asylum system in Turkey. ECRE maintains that the beneficial elements could and would have happened anyway; the Deal was not required. And that putting EU-Turkey relations on a sounder footing could and should be done without recourse to an agreement that undermines the rights of refugees. An end to the sometimes macho, toxic, arguably racist, posturing on both sides, but recently particularly escalated by France, would also help diminish the ups and downs of the rollercoaster that has been EU (and EEC) Turkey relations since the sixties.

While objecting from the start to the Deal as a whole, ECRE – along with many of its members in Greece – has at times also argued for at least the removal of the most pernicious and unnecessary parts of the Deal itself and of the statement that served to facilitate its acceptance, such as containment on the Greek islands or the “one-for-one” exchange.

As negotiations on the “renewal” of the Deal take place behind the scenes, they should be informed be analysis of all its negative consequences, however distant from Europe’s shores; by the alternatives that are available, also in terms of reconstructing a broader, healthier and less transactional overall relationship between the EU and Turkey; and an effort to at very least remove the most damaging measures that are causing unnecessary and unacceptable suffering of refugees within the EU on a daily basis.

Here, ECRE includes a compilation of recent statements from ECRE members and others on the Deal and on the situation in Greece and in Turkey, and re-publishes some of its previous pieces, which remain largely valid.