Editorial: EU Asylum Agency Moving Forward and the End of the “Package Approach”? 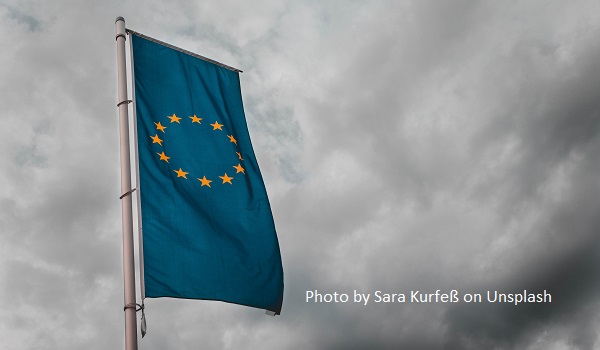 News broke this week of an unexpected success for the Portuguese Presidency. Making progress where the Germans failed, they have persuaded the southern Member States to allow elements of the asylum reform proposals to move forward. The so-called Mediterranean 5 (soon to become 6 when the Presidency is over?) will accept an agreement on the transformation of EASO into the EU Asylum Agency (EUAA), thus separating off the EUAA plans from the “package approach” whereby nothing is agreed until everything is agreed – a means of blocking the forward movement of the proposals in order to extract concessions.

The EUAA legislative proposal is one of the parts of the 2016 asylum package that remains on the table. It should have moved forward given that an inter-institutional agreement was reached between the co-legislators, the Council and Parliament, in 2017. Progress was then derailed by two blocking minorities in the Council and a lengthy but unnecessary amendment launched by the Commission in 2018. When the Pact variously supplemented, amended and replaced the 2016 proposals, Italy and Spain continued to insist on the package approach, blocking progress on certain files that were – wrongly it turned out – considered low-hanging fruit by the German Presidency. Now, the Med 5 have written a letter to EASO, stating that they accept the proposal moving forward on condition that three articles are set aside and only considered at a later stage when/if other parts of the 2016-2020 package are agreed.

For one of the three disputed articles, Article 22, there is a certain logic in tying its fate to the rest of the package: this article concerns provisions on disproportionate pressure, which are linked to or arguably even supplanted by, the solidarity mechanisms in the RAMM, one of which covers situations of migratory pressure. That said, legal coherence may not be the main concern of the Member States but rather the elements in the Article that allow for EASO to launch an initiative of its own in response to disproportionate pressure, without the Member State in question requesting or even agreeing to the initiative. The measure affects sovereignty in a similar way to measures in the Frontex legislative proposal, which were also given short shrift by Member States.

No monitoring for us, thanks

The other articles to be held back are among the most important in the proposal: Articles 13 and 14 establish a mechanism for monitoring and assessing the application of the Common European Asylum System (CEAS) by the Member States. The EUAA will continue EASO’s role in supporting Member States to implement the CEAS and the monitoring mechanism is an important tool for meeting this end. It is one of various elements in the asylum package that aim to improve compliance and about which Member States are unenthusiastic. For the EUAA articles 13 and 14, there is no reason other than the general disinclination to abide by the law for holding back these articles because they are not intrinsically linked to other proposals. Despite the suggestions that they too are linked to the RAMM by the Med 5, the EUAA could be given the monitoring role and that could start without the need to cross-reference other legislative proposals.

The dilemma for the European Parliament

While the Portuguese have seemingly broken the deadlock, the final content of the EUAA regulation remains to be determined. The plan is to negotiate with a view to rapidly reach a compromise, and that creates dilemmas for the European Parliament. The 2017 preliminary agreement includes the monitoring mechanism so Parliament would have grounds for insisting that it is not ruled out. On the other hand, the Parliament will be strongly tempted to relinquish the three articles because something is moving at last.

For ECRE, while the establishment in law of a clear mandate for an expanded EUAA is important (so long as it is based on supporting asylum in Europe) the monitoring mechanism was a crucial addition to its functions. Even if it is set aside for now, it should not be dispensed with entirely. The articles should be brought back into play at a later stage. From ECRE’s perspective, it would, though, be welcome to definitively set aside the 2018 amendment, which served to bring together asylum and return decisions and introduce a vague but potentially damaging role for the EUAA in preparation of asylum decisions. ECRE’s analysis of the role of EASO in Greece militates against this type of expansion which is more about support for procedures and arrangements that limit the right to asylum rather than support it.

Mini-deals are the way forward?

The deal has significance beyond the EUAA file: are further mini-deals likely to follow or is this a lone exception to the insistence on the package approach as the southern Member States claim? ECRE (almost alone) has argued that Pact proposals are moving faster than might be expected, and that there are deals to be done (for good or for ill), especially when incentives beyond the strict asylum field can be taken into account, including Schengen membership, European political ambitions, and economic recovery measures. Thus, more mini-deals should not be excluded.

EU Member States may also have learned the tricks of Europe’s external “partners” when it comes to migration deals: just agree with no intention of implementing. Along these lines, ECRE’s new legal note examines legal challenges to support implementation of EU law in Greece and questions whether the situation is now beyond judicial control; similarly, in response to the 2016/Pact package, Member States may accept proposals – in exchange for visible benefits – and then simply delay in transposition and implementation or violate the new law with impunity as with the old.

Unfortunately, the approach of agreeing in bad faith may be seeping into the management of EU agencies. The Frontex regulation progressed on condition that the expanded mandate would be accompanied by increased safeguards and accountability mechanisms, which the Parliament built into the legislation. The latter have been ignored, for instance with the failure to recruit the new Fundamental Rights Officers, in a form of partial implementation. Over the longer term, ECRE has argued that one of the key implementation gaps in the CEAS is the failure to respect the procedural guarantees, which were built into the original or recast legislation to ensure that the system was fair.

For the European Parliament, there will certainly be pressure to support any deals that allow a European response on the issues of migration and asylum. The Parliament’s own insistence on the package approach no longer really holds. In this context, there is a risk that mini-deals take forward sections of the Pact in each case stripped of the positive elements and safeguards that serve to balance the rights of applicants against the interests of states and to promote compliance with the law. In many cases, it is the very opposite of what is needed, which is rather to add the safeguards that are distinctly lacking in many of the proposals. If the package approach is abandoned and proposals start moving, that should not mean a free-for-all, with as many mini-deals as possible regardless of the cost. Mini-deals, like any maxi-deal, still need to be based on removal of inefficient, unworkable and unfair provisions, and building in safeguards, including those that support respect for fundamental rights and for the rule of law more broadly.

Photo by Sara Kurfeß on Unsplash