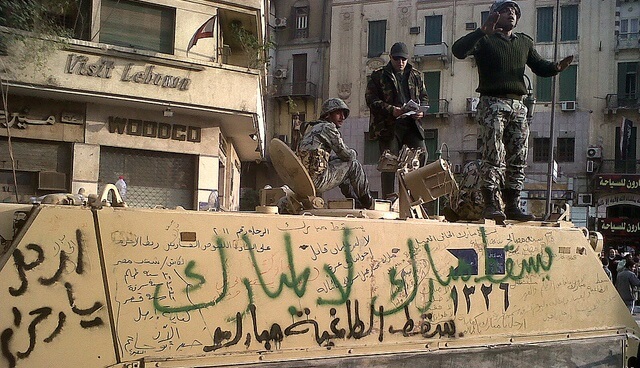 At the Salzburg Summit little seems to have been decided on migration, with the media focusing on the ongoing Brexit debacle or other stories entirely. The main news was contained in the opening announcement from Donald Tusk, President of the Council, and Sebastian Kurz the Prime Minister of Austria which currently holds the Presidency of the EU that there may be an agreement coming with Egypt, with the pair of them flying off to Cairo at the weekend to seal the deal.

While the content was unclear, the need of both Tusk and Kurz to be the big man who saves Europe from scourge of migration shone out. For Kurz in particular, who hubristically made migration the priority of the Austrian Presidency despite the failure of multiple others to “resolve” “the problem”, a symbolic agreement is important. Most of the ideas presented in the Austrians FEPS paper, which they’ve been promoting for nearly two years, are going nowhere fast and they are trying to save face with at least one “success”, which will be either the detention centre in Albania if they can offer enough to the Albanians or this deal with Egypt if its leader Abdel Fattah el-Sisi can be b(r)ought on board.

It is not surprising that Egypt will be the next subject of a European migration agreement: el-Sisi has shown that he is ready to play the migration game with his attempts to garner concessions through inflating the numbers of refugees hosted, the constant veiled threats about allowing departures, and the suggestion that he is all that stands between Europe and 97 million Egyptians. As the failures elsewhere and the mooted success in Turkey show, it is easiest to make migration control agreements with strongmen because they don’t care about domestic opposition (or have already dealt with it – there are thousands political prisoners in Egypt and journalists risk their lives; European researchers are not safe either as the death of Giulio Regeni shows).

There is an underlying neo-colonialism to these agreements. Smug Europeans claim they have succeeded by bribing or threatening foreign leaders. In fact, those leaders are content to exploit Europe’s self-inflicted migration panic for their own ends. The media often repeats the neo-colonialism by emphasising money – the references to the EU-Turkey deal that appeared in the Egypt coverage this week still focus only on money, as though EUR 6 billion, most of which has gone to implementing partners and not to the Turkish government, were enough to buy the support of the “poor” little Turkey.

For el-Sisi like Erdogan before him, the real benefits will be other: immunity from criticism and sanctions, consolidation of his leadership, support to build up the security institutions of the state in the guise of “border management”, tacit if not open support for any measures he may take to crack down on domestic opposition. If he plays his hand well, it might involve some legal migration for Egyptians (of course not a bad thing in itself). As with Turkey, there will also be all sorts of hidden benefits on security, trade and contracting that may never be revealed. Of course, there could also be positive measures, such as the development of an asylum system in Egypt and better provision of rights for the refugee populations and other migrants in the country.

This approach is sometimes termed “migration diplomacy”, meaning the use of diplomatic tools to promote migration-related objectives. It is, rather, either a replacement or a capture of diplomacy by migration or the development of a parallel and undermining foreign policy. If Kurz and Tusk reach an agreement it will not mark a turning point for the EU in the MENA region but an exacerbation of the tension between narrowly conceived migration control objectives and its other objectives, interests and values. The Arab Spring saw a mea culpa from Europe, and a recognition that supporting repressive strongmen was wrong; it ushered in the new version of the European Neighbourhood Policy (ENP) with its “more-for-more” strategy of trying to support democratic reform in the region through incentives and conditions.  The ENP was flawed in execution; reformers and civil society in the region got frustrated with the proliferation of initiatives and projects and with the complexity of the EU and effort of working with it. At the same time the EU itself remained fundamentally undermined by the Member States not just continuing but stepping up their bi-lateral foreign policy. Their refusal to work collectively through the EU inhibits it developing the weight to really be a “player” in the region.  Neither the EU nor the Member States were able to tackle crucial issues such as the reform of the security institutions in all countries post-revolution, the militia problem in Libya, or the ongoing deep conflicts that persist.

That model post-Arab Spring was one where the Member States were content to let the EU deal with all the soft “values” stuff while they kept the real business – trade and security – for themselves. There are some who argue that now at least they are interested and that migration could be an opportunity for the EU to ensure their buy-in and their resources, for instance personnel for CSDP missions or funds for the next EU budget, where large increases for external action (with migration as an objective) are proposed. But is it worth it? What kind of European foreign policy would it be if primarily focused on migration control? Rather than doing the “soft” values work of the Member States, the EU would be doing their dirty work while they continue with their other business.

It is also likely that other objectives of promoting security, development and governance are undermined and more displacement is generated. Certainly, supporting democratisation and security sector reform in the region was never easy (and often led to criticisms about condescension –perhaps due to European attitudes rather than the objectives themselves). But to abandon these objectives altogether will be counter-productive.

Resistance from within institutions, from diplomats and regional specialists, can work as the demise of the dismal Partnership Framework shows. Of course, migration should be part of the ENP, of European diplomacy, and of all external action because it is one of the most important issues of our time. However EU external action should be guided by the Global Strategy and the Lisbon Treaty, which set out a broader range of areas of action, and migration policy should be more than prevention of migration to Europe regardless of the consequences, including for the many refugees on the move.

The risk is that faced with resistance, those fixated on migration control will develop parallel foreign policies. Kurz speaks of negotiating broad economic agreements with Egypt. But the Commission’s DG NEAR and its External Action Service are supposed to lead relations with the MENA region. This latest initiative contributes to the proliferation of EU actors, although the lack of “coherence” (i.e. the simultaneous presence of multiple EU and European institutions and agencies in particular third countries) has been as a major flaw. On Egypt there also seems to be a tug of war between the European Commission’s DG Home with its disembarkation plans, and the Council with the Tusk/Kurz jamboree to Cairo. How do the attempts to get Egypt to accept rescued people as part of the disembarkation platforms relate to this initiative to get them to agree on other (as yet unclear) measures? Seemingly they are not the same as Kurz distanced himself from disembarkation. Egyptian diplomats in Brussels must feel popular as they are courted by all sides.

Other plans presage more of the same. The proposal for the Asylum and Migration Fund (AMF) envisages a large increase in the funds for the “external dimension” which includes activities with or in third countries on migration. Second, the proposed new mandate for Frontex also provides for its involvement in return operations from and other – deliberately non-specific – activities in third countries, not limited to those at the EU’s borders which has previously been the case. These measures could also provide rich pickings for Egypt – what benefits could it accrue by hosting a Frontex operation to return third-country nationals for instance?

If recent history reveals that bolstering strongmen in MENA is likely to create instability and therefore displacement, emerging data on demographics and migration reinforce the point that Europe is unlikely to win this game. While there is ongoing panic in Brussels about birth rates in sub-Saharan Africa, discussed with thinly veiled racism, recent research on migration trends shows that population growth in that region will not lead to greatly increased migration to Europe. The as-yet unborn Africans that some in Europe fear, will generally move within the continent and there is likely to be economic development to support livelihoods. However, there will continue to be demand to migrate to Europe from the populations of the Middle East and North Africa. Policies that do little to promote economic development and help consolidate the governments that generate migration and refugees is hardly a wise move.