Editorial: ECRE’s Work Goes On in the Calm Before the Storm 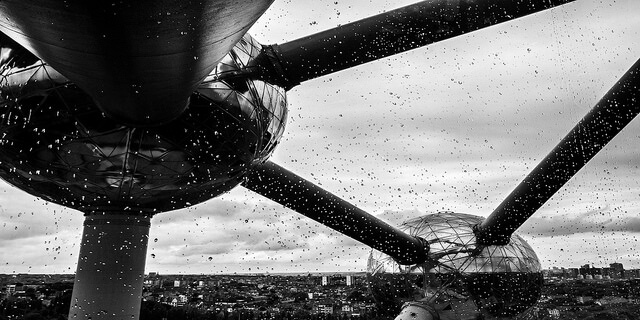 Campaigning for the European Parliament elections is in full swing with many MEPs back home and a deceptive sense of calm in Brussels. On asylum and migration certain political and legislative initiatives are still moving, however.

After the Council failed to follow through on preliminary agreements reached with co-legislator the European Parliament in June 2018, it appeared that the CEAS legislative reform package was on its last legs. Both the Council and the Austrian Presidency preferred to focus on externalisation fantasy options, rather than persisting with the reform.

ECRE’s conclusion was that for the short to medium term, the advocacy context would be the existing legal framework but with bolstered agencies and added return. This requires a focus on advocating for rights-based compliance with existing EU asylum law, including improving reception conditions and asylum decision-making. Gaps in compliance or implementation contribute to violations, crises and the “asylum lottery”, with related problems of secondary movement and irregularity, on a daily basis. A combination of monitoring, support, and infringement proceedings – carrot and stick – is needed from the EU.

On the fraught question of Dublin, in the long-term, yes, the rules must change to create a system of responsibility sharing which is fair and efficient for asylum-seekers and Member States alike, with a fundamental revision of the first country rule. But that can’t be agreed due to the divisions among the Member States. In the meantime, within the current law political choices can be made to preserve the right to asylum and to make the system function better. ECRE’s new strand of advocacy sets outs its analysis and recommendations, which include prioritisation of family reunification provisions to get people reunited with their families; use of available discretion to dispense with costly and often ineffective efforts to transfer people back to Member States where reception conditions are inadequate or where flaws in decision-making generate the risk of refoulement; and use of the humanitarian clause of the Regulation to relocate people, particularly in the context of disembarkation.

On the latter, with legislative efforts slowed or redirected, there are clear and feasible opportunities for practical cooperation on temporary arrangements for disembarkation and relocation at Europe’s borders. ECRE has proposed a contingency plan, covering an agreement on disembarkation and temporary relocation arrangements. This is a humanitarian imperative but it is also necessary to avoid stand-offs taking place every time a ship arrives, which allow extremist anti-migration politicians to grandstand, damage prospects for cooperation with African countries (including on areas of EU interest such as return), and absorb the time and energy of senior policy-makers and politicians.

In the absence of a deeper reform of Dublin, temporary arrangements will demonstrate solidarity. With 700,000 people stuck in Libya, many subject to abuse, including torture, rape, and labour exploitation, this issue is not going away whatever misguided efforts to reduce “pull factors” are put in place (clue: the Libya situation is about push factors not pull factors). To minimise political exploitation and truly support solidarity, temporary arrangements have to cover all coastal states, all routes, and all persons seeking asylum.

With enough Member States already involved, an agreement is within reach. Efforts of the European Commission need to be focused on clinching this deal, not on running around North Africa.

There will be a role for both the Commission and EASO in implementing the practical cooperation arrangements. As EASO evolves into the EU Asylum Agency in practice and in law, its focus should be on compliance and support to make asylum systems, including solidarity mechanisms, function within Europe. Too many Member States would rather support efforts to use EASO in operations and initiatives to limit access to protection.

The debates show that defensive efforts to mitigate potential damage are still needed. There is a strong focus currently on border procedures, with provisions in the recast Return Directive and in the latest iterations of the Asylum Procedures Regulation (and of course the controlled centres proposal). The existing legal framework allows for the use of border procedures under certain conditions, and ECRE has already used the AIDA database to analyse problematic practices. The objective underlying the proposals under discussion is to stop and detain people at borders, carry out truncated procedures, and rapidly return them.

The lessons learned from the “Hotspots” experience are relevant. At borders, using the containment centre + border procedure model creates a strong risk of detention, in that restricting people’s movement becomes automatic and arbitrary when large numbers are arriving. In practice, “resolving” cases and “removing” people quickly is often not possible, leading to people being contained unlawfully for long periods. Carrying out a fair procedure in these circumstances is difficult, even if procedural guarantees are reduced (which ECRE objects to because it leads to substandard asylum procedures).

This approach rests on the fiction of non-entry which is being stretched to its limits and likely to be subject to increasing legal challenge before the courts. Rather than insisting on expanded or mandatory use of such concepts, investment in the regular asylum system and efficient decision-making there would be wiser. Many of these efforts rest on assumptions that there are large numbers of “illegal” migrants breaching Europe’s borders, none of whom have protection needs, and all of whom can be returned. And that everything will be OK if that happens. But on all points the situation is far from that simple.

Linked to the border and return issues is the legislative proposal on the changing role of Frontex, which may be concluded before the elections. The latest positions from the Council and Parliament show some positive changes, including removal of the reference to controlled centre. ECRE’s recommendations include the need to bolster the resources, independence and scope of activities of the Frontex Fundamental Rights Officer (FRO). As Frontex’s mandate and resources expand so does the risk of its involvement in rights violations. The FRO serves as both a preventive and accountability mechanism. A robust individual complaints is also essential. Lessons can be learned from the experience of the EU’s Common Security and Defence Policy (CSDP) missions, where human rights advisors are now standard and better resourced positions, with support from planning and operational staff in Brussels. Complaints mechanisms and a code of conduct are other tools which can assist with accountability of staff deployed by Member States (which remain largely responsible for their conduct in the case of Frontex as for CSDP).

ECRE also recommends the deletion of plans to expand Frontex’s role in preparation of decisions and in third countries, where plans include management of return operations in third countries beyond those at the EU’s borders and other as yet unspecified activities. There is a real risk that such efforts become a parallel foreign policy, undermining EU external policies, which are based on the Global Strategy and have been built up by the External Action Service at some political and financial expense since ratification of the Lisbon Treaty. The involvement of an EU border agency in migration control activities which concern migration from one third country to another far distant from the EU borders, is likely to damage diplomatic, trade and other relations.

A final area where things are moving is the Multi-Annual Financial Framework (MFF), negotiations on the next EU budget, with positions developed and decisions taken now which will affect the final outcome (notwithstanding the deals, cuts, and changes that always occur in the final stages of budget negotiations). ECRE’s recommendations focus on use of the funding to support asylum systems and integration/inclusion in all European countries, as well as incentivising solidarity and penalising breach of the rule of law.

So more is going on than meets the eye – with some potential for positive changes but continued risk of bad outcomes. Many of these ongoing efforts could ultimately have a greater impact than the proliferation of “new” concepts of the last eight months. Thus, efforts to analyse and advocate in Brussels and Capitals are not taking an election campaign break.