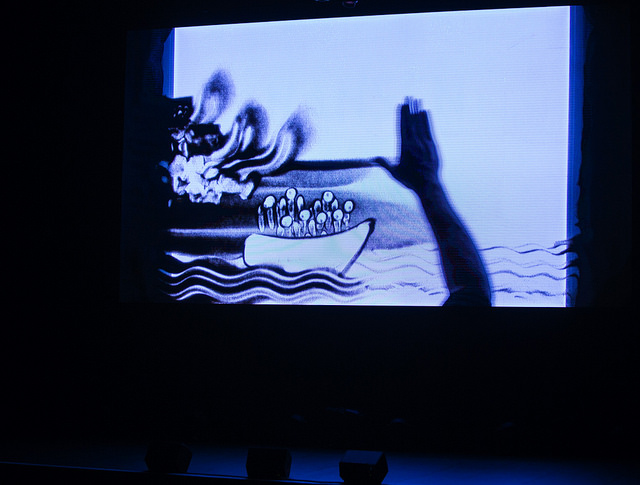 The stand-off over the Aquarius rescue ship revealed yet again the tragic humanitarian consequences of Europe’s migration policy. But for every action there is a reaction and it also showed that every negative inhumane action will be met with countless positive counter-reactions, in this case from cities, civil society, religious and (some) political leaders.

It was a predictable move from Italian Interior Minister, Matteo Salvini: of the various promises on migration in the Italian “government contract”, disembarkation is the one that lies most squarely within the power of the Minister. Although we were warned – and there have been decades of similar incidents in the Mediterranean – it is still shocking to see political games and macho posturing taking place while 630 people sit on a rescue ship in the middle of the sea.

By jumping into a conflict on disembarkation Salvini might have undermined the government’s chances of realising its other objectives: reform of the Dublin Regulation will require cooperation with EU partners and the return of people to countries of origin requires cooperation with their governments, hardly likely to be enhanced by this event (and Salvini had already offended Tunisia with racist comments just as arrivals from there increased meaning cooperation will be needed.)

In addition, fractures are emerging in the government. Lega’s coalition partner Cinque Stelle is a strange beast, containing very different factions interested in different issues – unlike Lega which has become a one issue party (anti-migration full stop). Representatives of Cinque Stelle’s radical leftist strands have condemned Salvini’s actions – and Cinque Stelle was punished royally in local elections at the weekend, probably for its “lethal embrace” with Lega, as the coalition agreement has been dubbed.

Thankfully another new government stepped into the breach: there was both great relief and strong support when Pedro Sanchez, the Spanish Prime Minister, cut through the prevarication and buck-shifting by offering to take the ship.

The reaction of the mayors of seven of Italy’s port cities was also admirable. Following the Mayor of Napoli’s lead, one after another they stood up to declare that the Aquarius could dock. In Spain, the Mayor of Valencia’s disgust at Salvini’s actions was clear, and he was right to state that accepting the Aquarius is part of what it means to be a “City of Refuge”, as Valencia has defined itself.

That decision, taken by the Valencia City Council in 2016, illustrates another frustrating aspect of the European political crisis: then as now Valencia and other Spanish cities were ready to host refugees when people arrived in Europe seeking protection in 2015/16, with thousands of volunteers and funds mobilised. But the (previous) Spanish government refused to let refugees into the country. Not only did it insist on an inadequate number as part of the EU relocation plan as ECRE’s research shows, it also refused to take people from Greece on spurious grounds. The same scenario played out across Europe where there are networks of cities organising – cities of refuge, cities of sanctuary, intercultural cities, human rights cities and so on – covering all countries. For example, Gdansk stood ready to receive refugees and spearheaded the action of cities while the Polish government maintained its hardline stance.

While everything must be done to support and fund the cities, communities, religious leaders and civil society who work to support refugees all across Europe, central governments cannot be ignored – as much as we would like to in many cases. In too many countries extremists – often without a large electoral base – are now part of governments. In other countries, centre-right and occasionally centre-left parties have absorbed the extremists positions to become hardly distinguishable from them. They are accelerating their plans to block access to Europe, using methods with the same impact as preventing ships from docking. Through advocacy, campaigning and litigation we must tackle this threat. We also need to be active in elections, influencing parties’ programmes and getting voters out.

At the level of states, it is time for a progressive coalition of the willing on refugee issues to counter the various coalitions of the inhumane that have sprung up in recent years. Could the new Spanish government play a role here too? It would do well to form an alliance with neighbouring Portugal, the only consistently pro-migration, pro-refugee country in Europe. And France could still go either way.

For the EU institutions, they should be using their legal mechanisms, funding, convening power and political weight to support those defending European values rather than driving forward Member States’ anti-migration agenda. There are too many at the top of the European Commission who believe that preventing migration is necessary to save the EU whereas in many ways migration is a side show. The real agenda here is autocracy, corruption and anti-EU nationalism. Capitulation with the anti-migration agenda will seal the fate of the EU itself, rather than saving it.