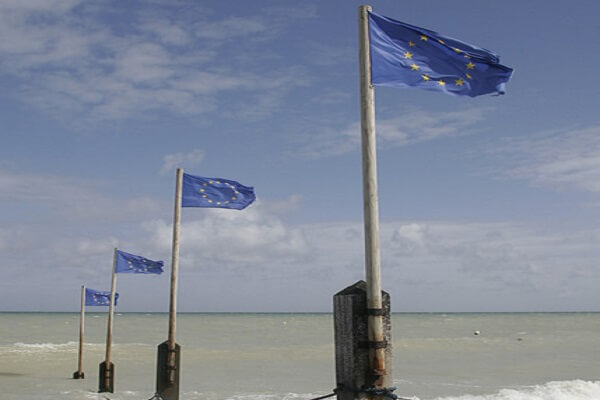 Uncertainty hangs over the fate of the proposals for reform of the Common European Asylum System (CEAS). The Austrian Presidency has made clear its opposition to continuing the negotiations – along with its opposition to Europe actually having an asylum system. Pre-empting this, other Member States insisted on European Council Conclusions in June which stated that the reform process should continue. The Austrian approach seems to be one of passive resistance – half-heartedly continuing discussions (with yet another round of bi-laterals with all Member States) without actually trying to lead them anywhere – while simultaneously pursuing the externalisation fantasy options that would undermine protection in Europe.

This week the Chair and members of the European Parliament’s LIBE Committee expressed “deep concern” in a letter to the Austrians, pointing out that the Parliament had negotiation mandates in place for all legislative proposals on the table – and that inter-institutional agreements on some of the proposals had also been reached. Indeed, the Parliament has fulfilled its functions as co-legislator, not only reaching agreements despite internal political divisions, but also substantively improving the proposals to support new versions of the draft legislation that would be far more in line with the EU’s values and interests, as well as being fairer to more of the Member States. It needs to remain robust though and refuse to compromise excessively in the unlikely scenario that the package starts moving again.

The reality is that time is running out. After reneging on the preliminary agreements the Council is continuing to insist on a package approach. “All or nothing” probably means nothing because they – the Member States again – are unable to reach an agreement on Dublin/responsibility sharing.

Member States also seem to be spending more time on the “new” ideas of “controlled centres” and disembarkation options, in what starts to look like an alternative to reform of the CEAS. Then the Commission, as well as presenting non-papers on controlled centres and disembarkation, also spent the summer on draft proposals on EASO, Frontex and return.

These ideas first appeared at the June Summit, following the Member States’ decision not to stick with the agreements on the CEAS reforms, and in the context of the crisis over disembarkation prompted by Italy closing its ports.

From the beginning, the controlled centres concept has suffered from the deliberate and destructive ambiguity that so characterises contemporary migration policy. Time and again we see attempts to push forward ideas that would generate opposition and even legal challenge if they were explicitly stated. Instead, the vagueness serves as a means to avoid scrutiny, and constitutes a perversion of the notion of “constructive ambiguity” which allows for progress towards positive outcomes.

So it was with the controlled centres. What are they for? Where are they to be? Who will manage them? Will they be open reception centres or closed detention centres? What kind of procedures will be applied and by whom? There are similar concerns about disembarkation plans. Are they based on disembarkation just in North Africa, just in Europe or in both?

None of these are minor questions. They constitute the difference between legality and illegality of proposals, between conformity and violation of human rights, and often also between reality and fantasy.

ECRE continues to support an agreement among European countries covering division of responsibilities for disembarkation and relocation for those disembarked. This has been happening but the ship by ship approach cannot continue: it is putting at risk crews, the rescued and one of the fundamental principles of the law of the sea (the reports of merchant ships refusing to rescue people due to the unpredictable situation). An agreement with relocation is needed as a means to keep ports open and end the latest iteration of the 20+ years of conflict on SAR in the Mediterranean. Relocation requires some form of infrastructure – centres – and not least to avoid the situation that has developed where disembarked persons are being detained, without access to lawyers, and apparently being denied access to asylum procedures. Thus, an option could be centres for relocation, intrinsically linked to disembarkation and to be used as short-term measures in lieu of a fundamental reform of Dublin.

These ideas are far removed from the latest versions of the controlled centres idea – and far from priority for discussions. Although originally linked to disembarkation, controlled centres have transmuted into a version of Hotspots II, with extra returns and an increased (but still ambiguous) role in decision-making for EASO. There is a suspicion that the Commission simply rolled out plans for expansion of Hotspots that were already under development.

For some of the Member States the purpose may be entirely different – facilitation of Dublin return, including punitive detention for persons purportedly having engaged in secondary movement (for some Member States the worst of offences). We may shortly see pilots bringing together these ideas.

It is wearying how much time is spent on all of this. What if instead of creating and analysing ambiguous concepts, time were spent on implementing, monitoring and ensuring compliance with existing asylum commitments? Or on using the mountain of evidence and the willingness of citizens to work on integration? Or on the expansion and management of safe and legal channels to protection for refugees, already happening in 23 Member States but easily expanded in terms of numbers and countries? Or on regularisation for people who have jobs and legal migration for those whose labour is needed? Just imagine if we could spend our time on all of that instead.

If the reform package doesn’t pass there are reasons to regret its demise – and not least because there are certainly far worse ideas floating around and who knows what interior ministers will come up with if they have more time. On the other hand, the package never addressed the fundamental problems with the system, merely reinforcing many of them, and clearly represented the interests of certain Member States above others.

In any case, if it does not pass this cannot be used to justify the absurd conclusion that asylum in Europe is impossible. Rather, take the opportunity to make it work. Let’s re-direct some of that time and energy that has been so focused on prevention of arrivals regardless of cost and consequence to do something different.