Editorial: Asylum in 2018: Decision-making Must Improve 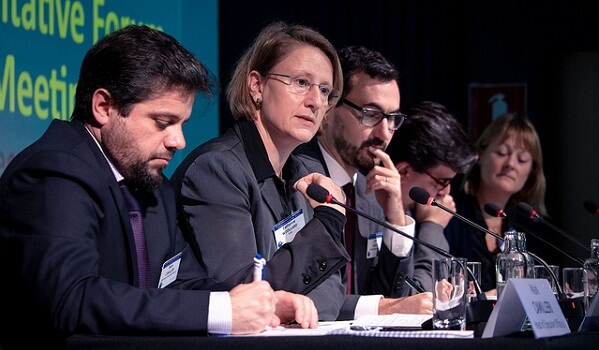 This week EASO, the European Asylum Support Office, published its overview of asylum trends in 2018. The headlines are that the number of applications for international protection in the EU+ countries was 634,700 for the year, close to the 2014 figure, with 34% of persons granted protection at first instance. The three main countries of origins of those seeking protection in the EU+ were Syria, Afghanistan and Iraq, and there was a small reduction in the backlog of pending applications. ECRE has begun to publish its AIDA country updates and its detailed analysis of the situation in 2018 will follow; here, a few preliminary remarks.

First, the celebratory tone with which the decline in asylum applications was greeted is not pleasant. EASO’s coverage borders on the boastful at times; the European Commissioner responsible proclaims that we “are on the right track”; and national leaders pat themselves on the back on Twitter. It is no secret that the objective of Europe’s strategy since 2016 has been to prevent migration into Europe so the shameless bragging is at least honest. The necessity of the approach can be debated, but among the consequences of Europe’s actions are that 1) those who need protection are prevented from reaching safety and 2) people blocked en route to Europe are subject to horrific treatment. The approach is justified as a crackdown on irregular migration but in the absence of safe and legal routes to safety, refugees have to move in an “irregular” way (it is not illegal to cross borders to seek protection and a majority of those who arrived during the crisis were refugees). Those on the move for other reasons are still bearers of human rights and many leave quite desperate situations. Preventing the movement of people in need is not a cause for celebration.

Nor is the fact that at a time of high levels of forced displacement globally, Europe is not hosting sufficient numbers of people. In sharp contrast, the African Union meeting this week re-affirmed its more welcoming approach to forcibly displaced persons, over 20 million of whom are hosted by African countries (more than 10 times the number hosted in Europe if Turkey is not counted).

Second, the recognition rates need closer exploration. EASO highlights that the protection rate is now 34%, a 6% fall on 2017. Unfortunately, this is also sometimes presented in debates as a positive because the harsh approach is vindicated for some if they can claim that most of those arriving are “undeserving”. However… the rate is still high from a historical perspective. In addition, these are first instance decisions and many people are granted protection after an appeal or review (although accurate statistics are not available). This is not gaming the system as often presented: the right to an effective remedy is a basic human right and appeals processes, with regular overturning of first instance of decisions, are a standard part of legal decision-making in all areas of law.

Then, the report notes the continued wild divergence in protection rates across the EU+, including for key nationalities. For Afghan nationals, the protection rate varies from 6% to 98% from one Member State to another; for Iraqis it varies from 8% to 98%. Even for Syrians, it ranges from 27% to 100%. There is no evidence that the reason for the divergence lies in differences in the profile of the applicants, such as could happen if people with a particular profile (geographic, political or identity factors, for example) were heading to particular EU+ countries. Instead, similar caseloads are being treated differently from country to country, with the same person having a 6% probability of their protection needs being recognised in one country compared to a 98% probability in another. Inadequate treatment of Afghan cases is leading to courts refusing to transfer Afghans to certain EU+ countries due to the risk of protection needs going unrecognised leading to refoulement.

The divergence is likely due to weaknesses and interference in decision-making, indicating a profound lack of fairness. The rapid decline in protection rates for some nationalities, for example, for Afghans in Sweden or Iraqis across Europe, combined with the prioritisation of return as a “solution” to the migration “problem” hints at political factors entering judicial decision-making. ECRE’s forthcoming policy note examines these issues in more detail, suffice to say here that the answer lies in improving the functioning and fairness of asylum decision-making, including better compliance with EU and international law. The EU agencies and institutions have pursued a partial approach focused on rolling out the internal protection alternative or stricter lower common denominator rules which will further exacerbate the situation.

Third, the report highlights the increase in those who seek asylum after being able to travel to Europe without a visa. It also highlights increasing numbers of people seeking protection from certain countries, including Colombia, Venezuela, Turkey and Iran. This is likely to be understood as an alarm bell ringing and may presage counter-measures.

Fourth, the report makes much of the fact that the figures are back to 2014 level, i.e. the same rate as before the “crisis”. Does this mean that the crisis is over? The prominent references to “pre-crisis levels” implies that the EU certainly hopes so. That the all-consuming political crisis has abated is welcome, however humanitarian crises stemming from Europe’s response continue, some well-documented, such as the situation in Greece, others more out-of-sight and therefore out-of-mind, such as the situation in Turkey and at its border with Syria, or the situation in the Sahel. The knock-on impact on other regions is also just beginning. The impact of extremist-nationalist parties in Europe (“populists”) might only just be getting started as well. These parties are a threat to the rule of law and to the EU itself and it was hoped that getting the numbers down would lead to them fading away. Policy-makers seem bemused that this hasn’t happened but the persistence of these forces (in some but by no means all) countries is about far more than the number of arrivals in Europe and adopting their interpretation of asylum and migration questions has consolidated rather than undermined them.

But then, assessment of asylum in Europe in 2018 show that all aspects of the issue remain complex and contested. This means that Europe’s response to global displacement must in turn become more complex and sophisticated. Asylum trends in 2018 show the opportunity and need for action on multiple levels to get systems working effectively, rather than a one-track insistence on prevention of arrivals.