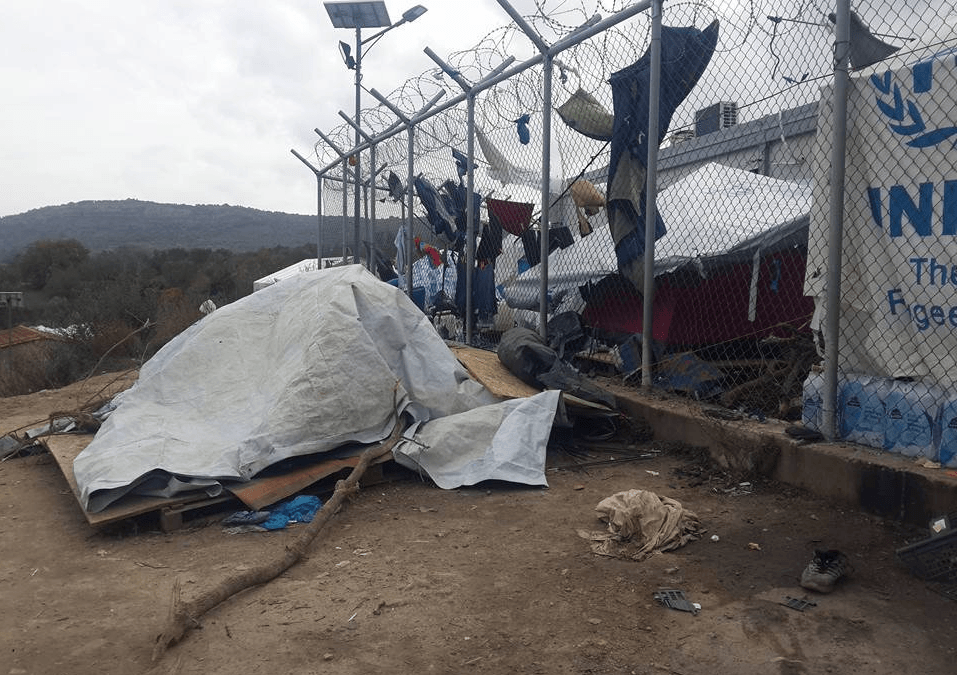 The European Court of Human Rights (ECtHR) ruled that conditions in VIAL hotspot were not inhuman and that detention to inforce the EU-Turkey Statement was not arbitrary despite human rights concerns by organisations.

On 25 January 2018, the ECtHR ruled in case J.R. and others v. Greece, which concerned the complaints brought by three Afghan nationals who were detained in the VIAL hotspot on Chios Island a day after the entry into force of the EU-Turkey Statement. They complained before the ECtHR that their detention was arbitrary, that they had not been informed about the reasons for their detention and that the conditions in the hotspot constituted inhumane or degrading treatment.

The Court ruled that the one-month period of detention, whose aim had been to guarantee the possibility of removing the applicants under the EU-Turkey Declaration, was not arbitrary and could neither be regarded as “unlawful” nor be considered excessive in view of the purposes of detention. Therefore, the ECtHR found that there had not been a violation of Article 5(1) ECHR.

However, the ECtHR ruled that there had been a violation of Article 5(2) ECHR since, even if the applicants had received the brochure with information on the reasons for their detention, the content of this brochure was not clear and precise enough to inform the applicants of the reasons and the possibilities to appeal against it.

Despite referring to several NGO reports, such as Human Rights Watch, and the findings by the Council of Europe’s Committee for the Prevention of Torture, the ECtHR found that the conditions in the VIAL hotspot did not attain the necessary gravity to be considered inhumane or degrading treatment under Article 3 ECHR. The Court also took into account the “brevity” of the applicants’ detention (one month before the centre became a semi-open facility).

Several NGOs have regretted the Court’s decision: “The judgement fails to acknowledge the lack of individualized assessment in relation to the detention of the individuals seeking asylum arriving on the islands shortly after the EU-Turkey migrant deal came into effect. During the period examined by the Court, the Chios hotspot was completely unprepared. RSA documented many vulnerable cases whose needs and security concerns were not taken into account by the authorities during that period and were exposed to what we consider as degrading treatment. The Court should have been bolder in its assessment of the situation,” says Natassa Strachini, staff members of Refugee Support Aegean (RSA / Chios) the implementing partner of the ECRE Member PRO ASYL in Greece.