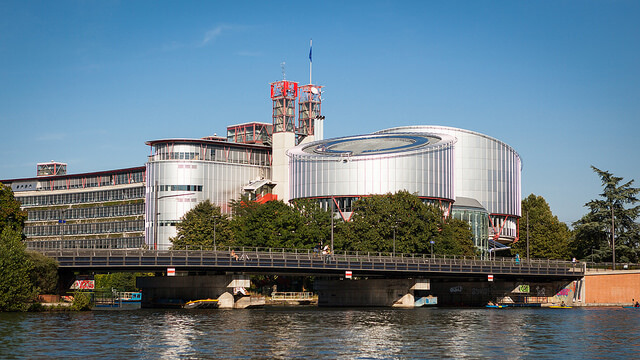 On 28 February, the European Court of Human Rights delivered its judgment in the H.A. and others case v. Greece (application no. 19951/16), regarding the detention conditions of unaccompanied minors in police stations.

The case concerned nine unaccompanied minors of Syrian, Moroccan and Iraqi nationalities who were apprehended at Greece’s borders and were placed under protective custody in police stations in Northern Greece, before being transferred to the Diavata refugee camp. The applicants complained under Artic les 3, 5 and 13 that the detention conditions and ill-treatment by police officers, as well as the lack of effective remedy, violated the Convention.

With regard to the applicants’ placement under protective custody, the Court analysed its relevant jurisprudence on immigration detention in police stations, as well as the general standards set by the CoE Committee for the Prevention of Torture (CPT), and concluded that their detention in police stations violated Article 3 of the Convention. In this respect, the Court noted that the applicants were detained for prolonged periods of time in police cells that were entirely inappropriate for minors. It further observed that the problem of protective custody is persistent in Greece due to the absence of appropriate facilities and underlined the CPT’s findings on the lack of psychosocial support in that context. On the implication of Article 13, the Court noted that the absence of an administrative report on the protective custody measure meant that the applicants had no way of knowing when their detention would end and whether the measure imposed was unreasonable. Consequently, the administrative procedure, as well as the quick dismissal of the case by the Prosecutor, led the Court to find a violation of Article 13 in conjunction with Article 3.

The Court also found that the applicants’ placement in protective custody was an unlawful measure of detention under Article 5 (1) f. The lack of time limits for protective custody can lead to arbitrary situations of prolonged minor detention in violation of domestic law and, in particular, Article 3 of the Convention on the Rights of the Child. Referring to the Rahimi judgment, the Court noted that the authorities had not taken into account the applicants’ particular situation as unaccompanied minors and they had not considered whether the measure was one of last resort with no alternatives.

Lastly, the lack of information regarding the nature of their detention and the fact that the Prosecutor did not take any action, as their legal guardian, to secure their access to legal aid violated Article 5 (4) of the Convention. In this vein, the Court emphasised that, even if they had had access to a review procedure, the fact that they did not have an official detainee status would have still raised significant practical obstacles regarding their possibility to challenge their detention before administrative courts.

* This article is based on an unofficial translation by the ELENA Weekly Legal Update where it was first published.